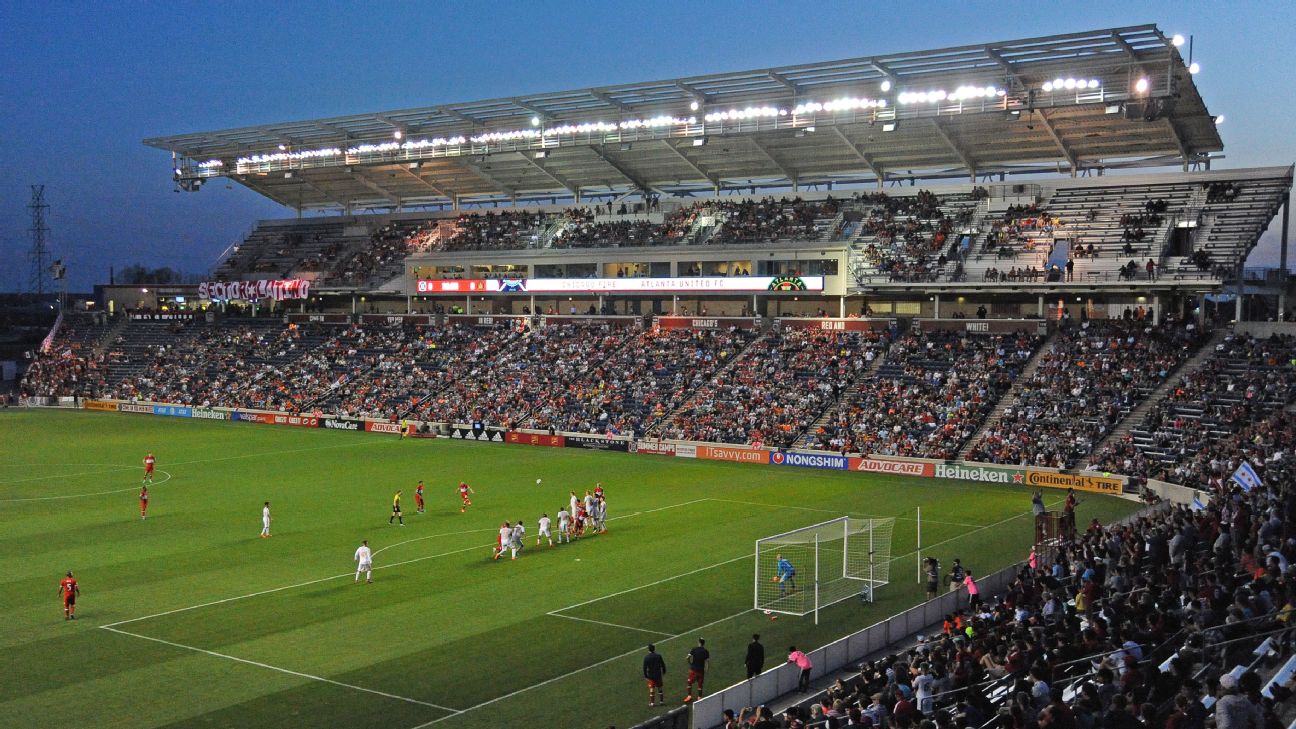 The Chicago Fire’s days at SeatGeek Stadium in suburban Bridgeview appear to be over.

The Desplaines Valley News is reporting that the Fire will pay Bridgeview $60.5 million over 15 years — $10 million of it upfront — in order to leave the venue, with the team expected to play its games next year at Soldier Field.

The report also stated that village financial advisor Dan Denys told the village board that the Fire will pay $5 million to practice at the facility.

Village officials said there are no plans for the NWSL’s Chicago Red Stars to cease playing at the venue.

The decision was made Tuesday night when Bridgeview’s village board voted unanimously to approve a Memorandum of Understanding. A formal amendment to the lease finalizing the terms is expected to be made in the near future.

Fire president and GM Nelson Rodriguez said in a prepared statement, “We have been negotiating with Mayor Landek and the Village of Bridgeview for some time on an amended stadium lease, but we have not reached a final agreement, and until we do, I’m not able to comment further.”

The Fire had played at SeatGeek Stadium, formerly known as Toyota Park, since the 2006 campaign. At the time, the stadium was hailed as the latest success story for MLS in terms of building right-sized venues.

But the stadium proved to be a massive financial drain on the municipality. Bridgeview sold $134.6 million of bonds in 2005 to finance the project. But when development in the area — and the projected revenues — failed to materialize, Bridgeview was forced to take on additional debt. A report from Bloomberg stated that as of February of 2018, Bridgeview had about $260 million of general obligation debt, “much of it tied to the stadium.” That burden saw property taxes for the municipality’s 17,000 residents double between 2009 and 2013. In 2017, S&P Global Ratings downgraded Bridgeview’s debt rating from investment grade to junk, though the recent naming rights deal with SeatGeek, estimated between $2.5 million and $4 million per year, provided a glimmer of good news.

Denys told the Board that the funds will be used to pay down the debt service remaining on the venue, and avoid raising property taxes.

The venue’s location, 15 miles southwest of downtown Chicago, has proven to be a weight around the Fire as well. The stadium is not easily accessible from downtown, and the team has little to no visibility in the city, despite the arrival two years ago of German star Bastian Schweinsteiger.