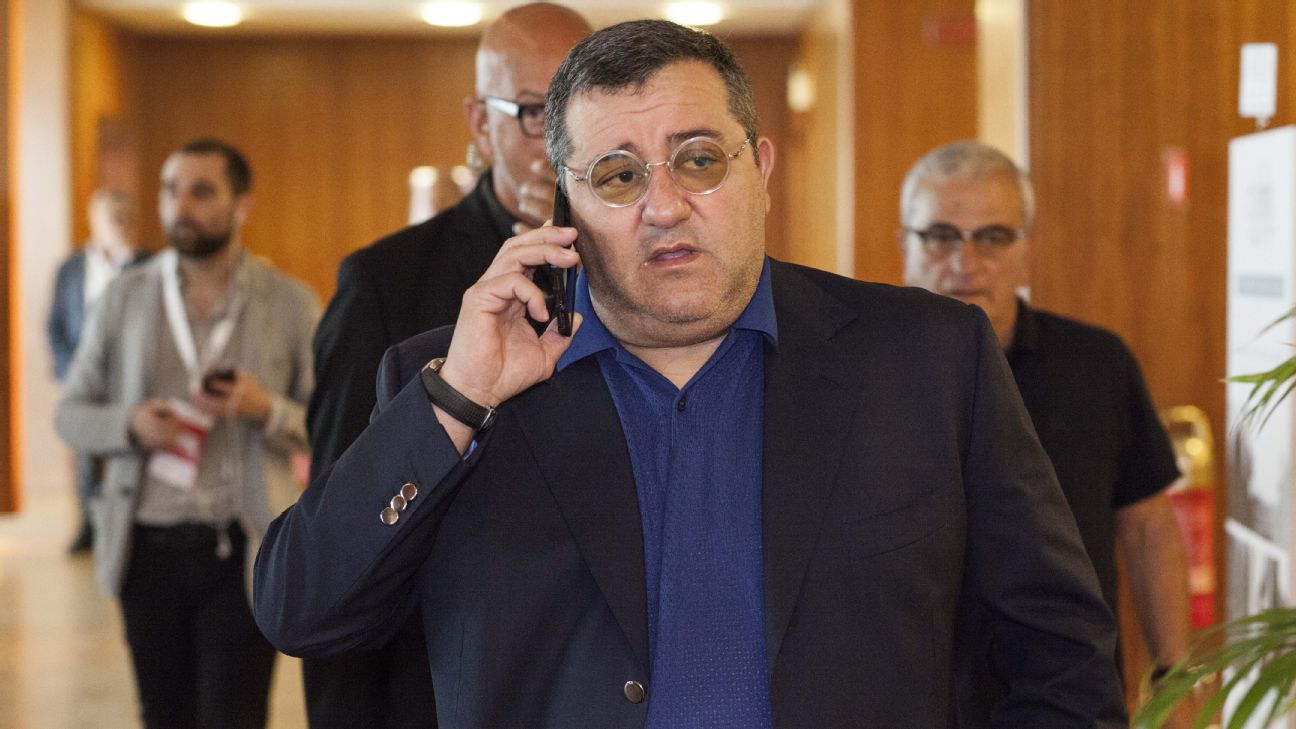 Agent Mino Raiola has criticised the Italian Football Association (FIGC) after he was given a three-month suspension although it is unclear what he has been banned for.

The FIGC confirmed the ban to ESPN FC but added that the reasons for the ban will be released next week.

Raiola, who represents Paul Pogba, Zlatan Ibrahimovic, Matthijs de Ligt and several other high-profile names, posted a statement in response on Twitter following a ban handed to him — though it is not yet clear what it was for.

“This “ITALIAN BAN” is not a surprise, unfortunately,” he wrote. “My personal concern is that it has been a sentence dominated by political willing, without taking into consideration the reason of law.

“It is a sentence based on false grounds and lies. Law and justice however must prevail in any civil and correct system and I hope that my position will be remitted within the right lines in the coming steps of history.”

Italian football has been plagued by recent incidents of racism and, though Serie A told ESPN FC they strongly condemn the episodes, the issues remains a serious problem.

And Raiola suggested the football authorities in Italy are not doing enough to combat the issue.

“I guess the Italian Football Association has not forgiven me when I have diffused my critics for their role in the disastrous state of Italian football, as well as their role around the latest episode of the racism problem and my opinions could have had an influence in the evaluation of the matter,” he added.

“I will seek justice against the injustice and for freedom of speech in every legal court possible to me as my main task is the interest of Italian football. I will proudly conduct this fight in order to obtain what it is in conformity with law.

“This discussion is contained to the Italian territory and has no repercussion on the players I represent.”

Van Dijk: WC quarterfinal not ‘me against Messi’
Tite: Dancing like ‘language’ to young Brazil stars
Croatia stun Brazil on penalties after extra-time drama
Hazard retires from intl. football after WC exit
Why Brazil vs. Croatia is also a battle of iconic kits and deeper meaning