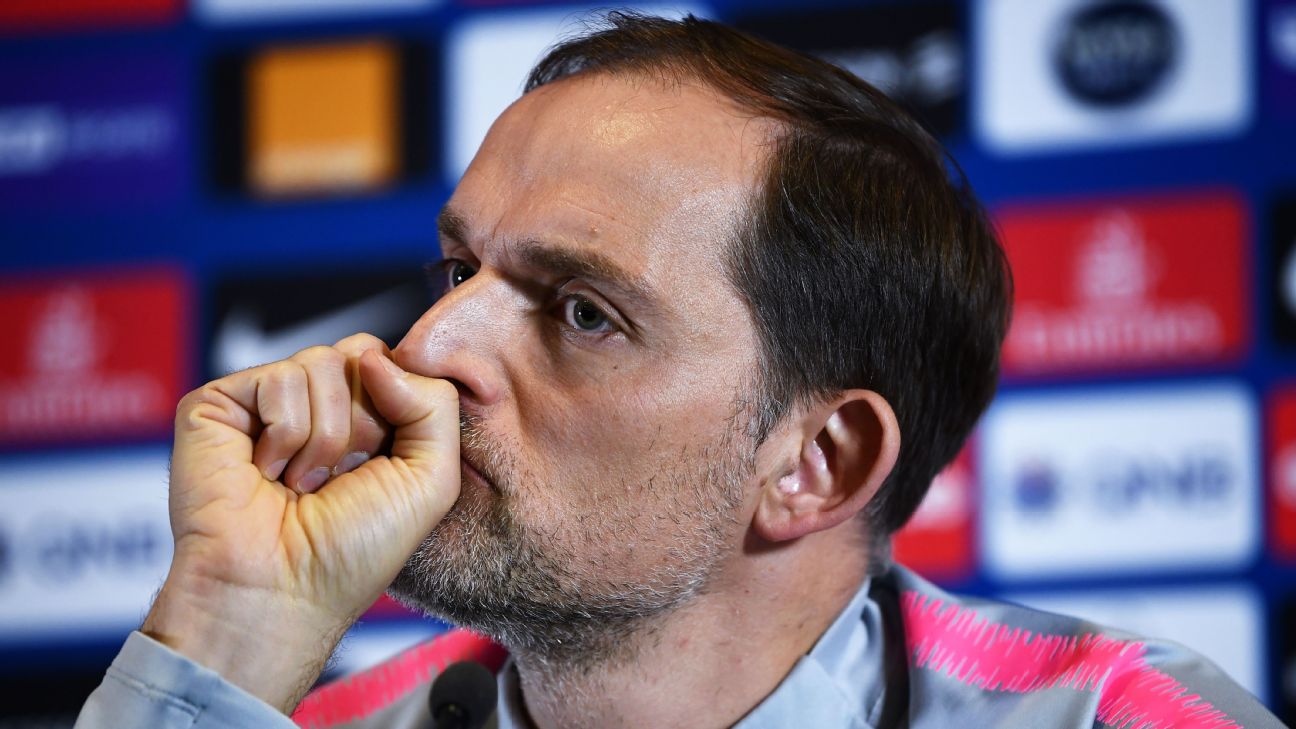 It wasn’t supposed to happen this way. At the start of January, PSG were looking forward to what promised to be a superb second half of the season. They had big ambitions and huge dreams, were still unbeaten domestically and had plenty of momentum in Europe. They were cruising and yet, in the space of four months, it all came crashing down. PSG are now in complete disarray, crippled by tensions inside the club and inside the dressing room. They’re currently the laughingstock of European football.

In March, they were knocked out by a Manchester United “C team” at the Parc des Princes after winning the away leg 2-0, something no team had ever done before. In April, they conceded 14 goals in three weeks across just five league matches. In the five big leagues, only Huddersfield have let in more goals (15) over a similar span.

How did PSG fall so low? How have they become so bad? Who is responsible for this nightmare end of the season that’s seen the Parisians win only one of their last seven matches in all competitions, with two draws and four defeats? That includes the defeat to Rennes on penalties in the French Cup final, having let a 2-0 lead slip in the second half, and a 5-1 battering at Lille. (Though PSG were running away with Ligue 1, they officially clinched the title when Lille drew with Toulouse on April 21.)

The signs of rot and the cracks in their facade have been there all season. The first issue is their attitude. Since the Qataris took over in the summer of 2011, PSG as a club has taken football and success for granted. The mindset has been one of cause and effect: simply spend millions in transfer fees and wages, even on average players, and the rest will come. There has been no real strategy and no real structure. The club’s organisation is all over the place. Chairman Nasser Al-Khelaifi is very close to his players, probably too close, and the lack of discipline from the top has been a big issue. Adrien Rabiot‘s mum and agent even described Al-Khelaifi as a “poison” given his fondness for preferential treatment.

For example, sources have told ESPN that players are regularly late for training. They sometimes show up late for team meetings as well, as we saw before the Marseille game when Kylian Mbappe and Adrien Rabiot were dropped from the starting lineup.

The dressing room is clearly divided into cliques: the South American players form one group, the French another and the remaining Europeans have their own as well. There is apparent resentment from each one toward the others, too: witness Neymar being publicly critical of the younger players after the Cup defeat on April 27.

The dig was mostly aimed at Presnel Kimpembe and Alphonse Areola, sources have told ESPN. The two World Cup winners have reportedly annoyed many of their teammates this season: sources say Areola was supposed to start the Champions League last-16 second leg against Manchester United back in March, but arrived late to the team’s meeting before the game. Gianluigi Buffon played instead and made a huge mistake that ultimately cost PSG their place in the quarterfinal. It’s unacceptable at a club that wants to be one of the biggest in Europe, yet Areola didn’t get further punishment for the incident.

Kimpembe, on the other hand, has reportedly lost focus. He has been really poor over the past two months and his attitude in the dressing room has annoyed the senior players. Another point of contention was his social media post after the United humiliation, where he spoke on behalf of the rest of the squad to say that they “took the game lightly,” which didn’t go down well at the club.

There have been many examples like this throughout the season. Thiago Silva is a far-too-lenient captain, reportedly not bringing enough leadership and control in the dressing room, while Dani Alves has also voiced his concerns that the club was not listening to the most experienced players (like him) when faced with adversity.

It also comes back to taking things for granted. To succeed, PSG need a plan other than just throwing money at things. The squad is unbalanced and the huge amount spent on Neymar (222 million euros) and Mbappe (180 million euros) could have been used to strengthen other positions in dire need of improvement. Thomas Tuchel has mentioned the club’s need for a proper holding midfielder at many points during the current campaign. PSG tried in both transfer windows, looking at Allan, Fabinho and Julian Weigl, but never got what they were looking for.

Issues over recruitment filter into the debate and noise surrounding Tuchel. The club has already given him a new contract and he’ll be managing PSG next season. Even though Tuchel isn’t the club’s biggest problem, he needs to change his approach to man management. Initially when Tuchel arrived, he brought a cool, relaxed approach to PSG, focusing on developing a genuine bond with his squad. This manifested in giving players plenty of days off, but results suggest a tougher hand is needed.

Take the fateful visit of Man United in Paris for the Champions League last-16, second leg: carrying a 2-0 aggregate lead from the first leg at Old Trafford, Tuchel’s decision to allow the players extra time off before the game — they arrived at the Parc des Princes at 7 p.m. on match day for a game that kicked off at 9, as confirmed to ESPN by sources — was a huge mistake. The relaxed attitude led to a lack of focus and PSG famously crashed out.

Tuchel also has issues with specific individuals. Conflict with Antero Henrique, PSG’s director of football, has spilled over from transfer decisions to lesser matters during the season. They have disagreed on pretty much everything this season: the players to sign, the positions to strengthen, whom to sell, whom to follow. They are reportedly not even talking anymore, which is a huge problem given their key roles at the club.

Though Tuchel disagreed with club hierarchy over the freeze-out of Adrien Rabiot, he lacked the power to get the player back in the squad despite PSG’s need for quality in midfield, hinting at Tuchel’s status. His lack of self-criticism is frustrating for some key figures within the club as well. With Tuchel, it’s often the fault of the squad being too thin, or injuries, issues with the referee or lack of effort from the players. He rarely takes the blame himself.

Finally, the players are also to blame. For too many of them, the season finished after the Manchester United defeat. The title was more or less won by then; with little to play for, they switched off and planned their holidays instead of focusing on the last 10 weeks of the season. The wheels have come off because the players’ attitude has not been good enough. And Tuchel has been unable to keep his squad under pressure and motivated.

Collectively, PSG have been a disaster with no real team spirit or unity. Individually, it is probably even worse. Mbappe’s stats have been phenomenal for a 20-year-old but he missed key chances in key matches (against Man United in both legs, against Rennes in the cup final) and his attitude has been far from perfect, too, with two red cards in the league alone.

For Neymar, it has been another tough season. It started well: he looked more mature, like more of a team player. He delivered in big games in the Champions League group stages against Liverpool and Napoli. Then he suffered a setback, re-aggravating his metatarsal foot injury from last season.

Neymar missed the humiliating defeat against Man United but was back in the XI on Saturday to lose the Cup final, after which he slapped a Rennes fan in the stands. Yet he received little in the way of censure within the club beyond Tuchel’s remarks, and other players reportedly don’t understand why there are some rules for them and different ones for him. His most significant punishment to date has come from UEFA, which recently issued him a three-match ban for criticizing Champions League match officials on social media following the Man United defeat.

Overall, PSG have taken too many things for granted over the past few seasons. This is a club with a fantastic fan base, an incredibly resourceful academy filled with young talent, a wonderful stadium, a state-of-the-art training ground in the works and huge financial power. But it’s not enough to be successful. There has to be discipline and consistency beyond the impressive facade.

Maybe the catastrophic end to the season will be a catalyst for change and a strategy of accountability finally put in place. If not, the same things will come back to haunt PSG even more next season and prevent them reaching their sky-high goals.