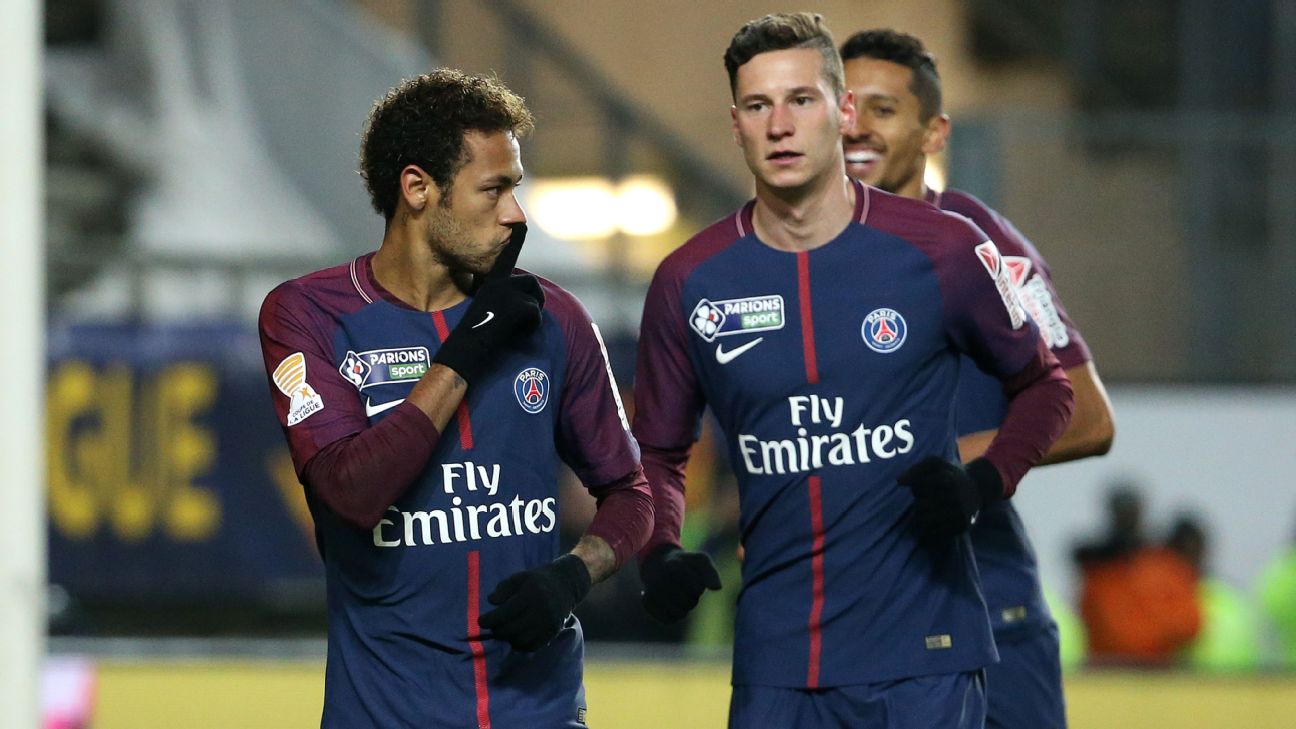 Paris Saint-Germain have rejected Le Parisien’s claims of a falling-out between Brazilian superstar Neymar and Julian Draxler after the recent 3-2 loss away at Montpellier in Ligue 1.

Le Parisien reported that the Germany international had challenged Neymar after the defeat and that the former Barcelona man responded by saying: “Who are you to speak to me? You only know how to make backwards passes.”

It was also claimed that Presnel Kimpembe encouraged his teammates to ignore coach Thomas Tuchel’s orders during a 3-2 defeat away at Nantes in Le Championnat.

“Le Parisien’s funny game: Present Neymar, a phenomenon of world football, as a player who fights with his teammates in the dressing room,” remarked the club through their official French Twitter account on Wednesday. “How can you invent such things? Were you in the dressing room? Ney = PSG.”

The report comes not long after Neymar was involved in an altercation with a spectator after PSG’s Coupe de France final defeat to Rennes on April 27 for which a disciplinary verdict is expected on Thursday.

The Brazil international was forced off the pitch 15 minutes into the 5-1 thrashing away at Lille before the Ligue 1 title was sealed and has not featured since, so was left with little option but season-ending surgery.

“PSG captain Thiago Silva underwent arthroscopic knee surgery on Monday at the Pitie Salpetriere Hospital in Paris,” said the French champions via Twitter. “The operation was a success and the player began his rehabilitation today.”

Such a procedure so late in the season gives Silva little time to prepare for this summer’s Copa America on home soil, so the chances are high that a withdrawal from the Brazilian squad for the tournament will follow.

Since the 34-year-old’s injury, PSG have shipped 14 goals in just five matches across Ligue 1 and the Coupe de France.