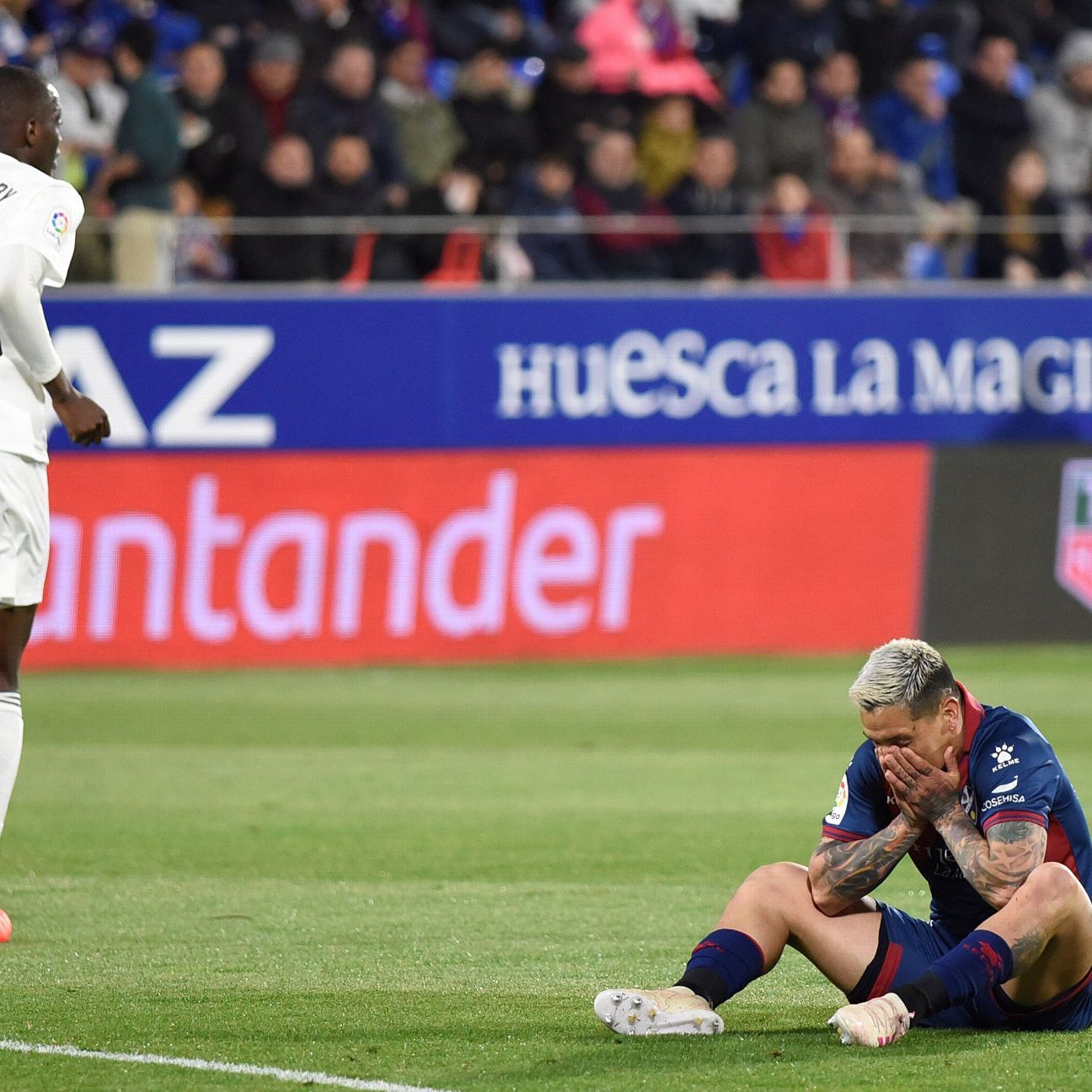 Huesca were relegated from La Liga on Sunday after they were hammered 6-2 by a rampant Valencia, who scored five times during a ruthless first-half blitz.

Huesca, who were promoted to La Liga for the first time last year, are bottom of the standings on 30 points after 36 games and became the second team to be relegated after 19th-placed Rayo Vallecano also went down this weekend.

Valencia kept alive their chances of grabbing the fourth Champions League spot by leapfrogging Sevilla into fifth place. They are on 55 points after 36 games and are three behind fourth-placed Getafe.

Valencia went into the game after a disappointing 3-1 defeat at Arsenal in their Europa League semi-final first leg but they got off to the perfect start against Huesca when Daniel Wass blasted into the net in the second minute.

Strikers Rodrigo Moreno and Santi Mina each netted in the space of four minutes to make it 3-0.

Mina struck again and Rodrigo looked set to get his second after a woeful back-pass from a Huesca defender but Xabier Etxeita scored an own goal instead as his attempt to slide tackle the Spain forward went wrong, making it 5-0 at halftime.

Rodrigo soon found his second goal soon after the interval by finishing off a slick team move but Huesca gave their supporters some respite when Gonzalo Melero scored in the 66th minute.

Alex Gallar got another goal back by scoring from the penalty spot in added time and Huesca’s fans gave their side a rousing reception when the final whistle confirmed their relegation, while many of their players collapsed to the ground in disappointment.

Neymar has Pele’s Brazil record in sight; Portugal fend off Ronaldo drama
Urine in a bottle controversy as keeper sent off
Pep Guardiola signs Man City contract to 2025
Billions of dollars bought Qatar a World Cup, but not loyal fans in opener loss to Ecuador
US dominant in draw with England at World Cup