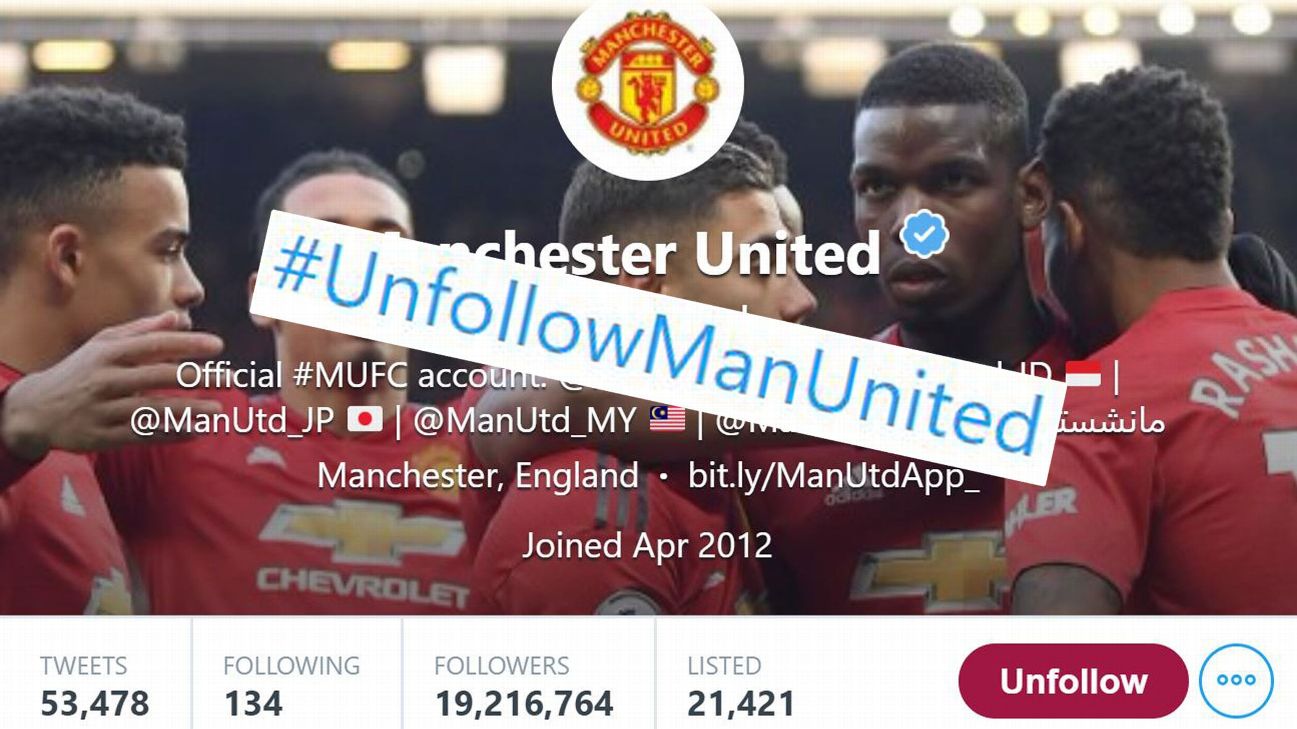 After Manchester United missed out on Champions League football for next season, the backlash against the club’s ownership by irked fans has kicked up another notch.

An underwhelming 1-1 draw against relegated Huddersfield at the weekend ended United’s hopes of muscling into the top four, opening the door for scorn and derision to be lumped upon the people running the club — particularly chief executive Ed Woodward.

– Marcotti: United players deserve scrutiny. So does Solskjaer
– Dawson: Worst is yet to come for United
– Mata sums up United fans’ feelings in 7-word blog post

Woodward has been in situ at Old Trafford for seven years during which, as well as forging numerous lucrative corporate partnerships around the world, he has regularly cited United’s massive, ever-growing online following as a marker of success and progress.

However, on the pitch things have stagnated somewhat, leaving supporters feeling a little short-changed by Woodward’s incessant obsession with his social media metrics.

As such, a protest hashtag has been launched with fans banding together to boycott United’s various platforms via the #UnfollowManUnited campaign — the plan being to lower the club’s follower count and therefore hit Woodward where it really hurts.