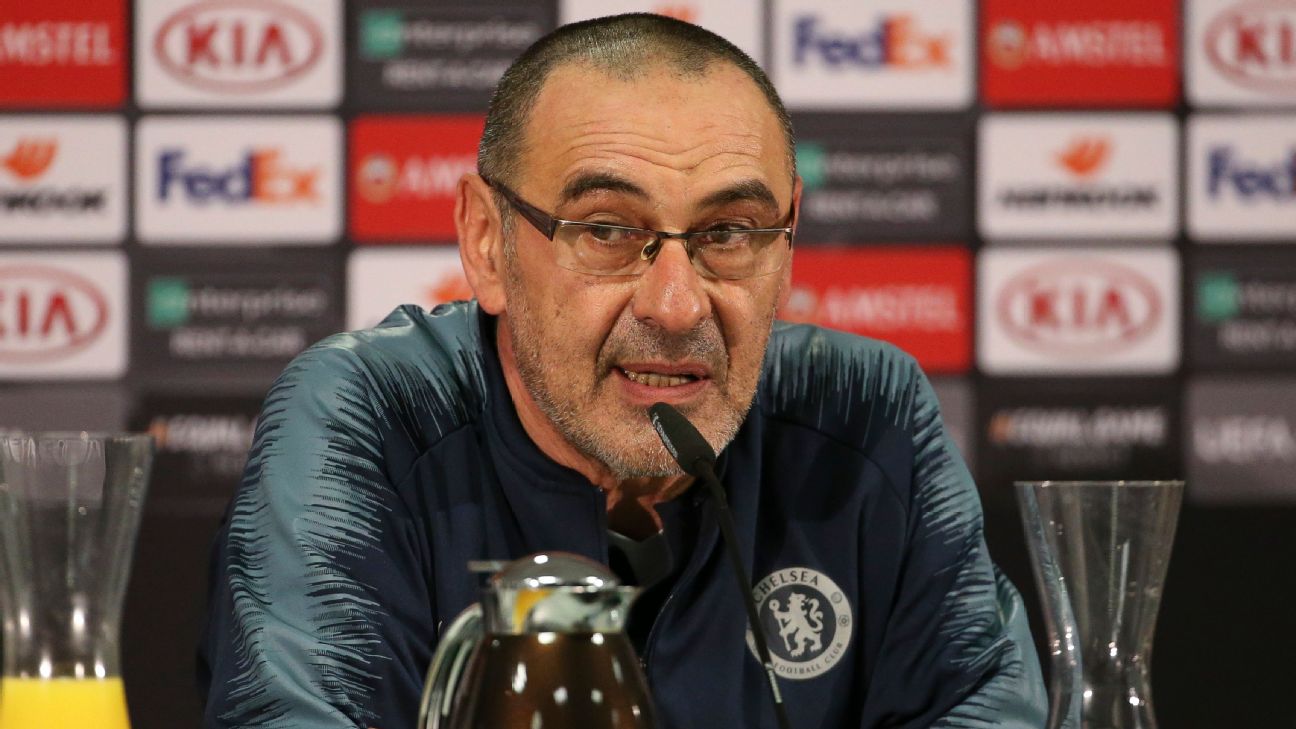 LONDON — Maurizio Sarri has said he wants to stay at Chelsea next season despite Roma’s reported interest in appointing him this summer.

Supporter hostility has overshadowed Sarri’s first season in England, but the Italian has led Chelsea to a top-four finish in the Premier League and is on the brink of the Europa League final, having only lost the Carabao Cup final on penalties.

Reports in Italy and England this week claimed that Roma are interested in hiring Sarri to replace Claudio Ranieri as manager this summer, but Chelsea’s head coach said he has no desire to leave Stamford Bridge.

“As I said in every press conference, I want to stay here,” Sarri said ahead of Chelsea’s second-leg clash with Eintracht Frankfurt in the Europa League semifinals. “I like very much English football, the atmosphere in the stadiums.

“And so, if I can, I want to stay here. My target is to stay in English football at the moment.”