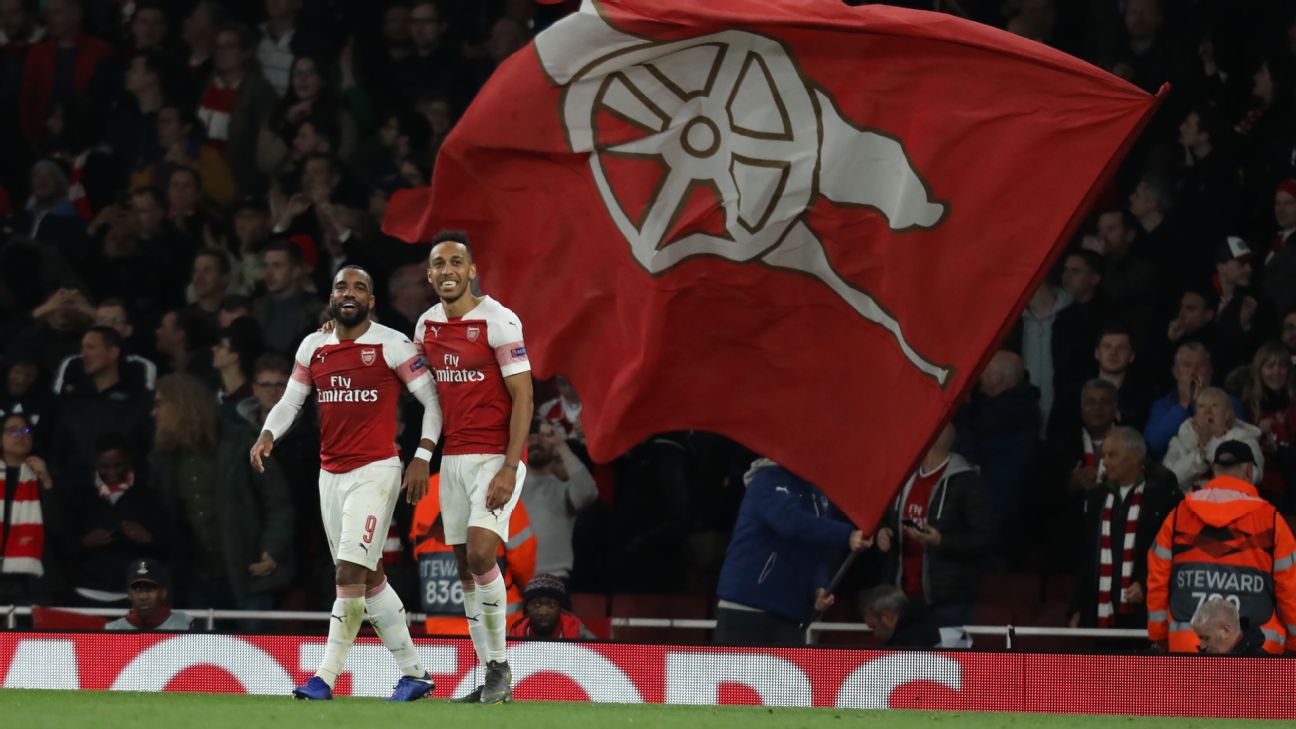 Arsenal coach Unai Emery would rather focus on winning the Europa League than worry about securing a place in next season’s Champions League, the Spaniard said on Wednesday ahead of his side’s semifinal second leg against Valencia on Thursday.

The Londoners have practically blown their chances of finishing in the Premier League’s top four after Sunday’s 1-1 draw with Brighton and Hove Albion, meaning winning Europe’s second prize is their only realistic route back into the Champions League.

But Emery, who guided Sevilla to three consecutive Europa League crowns, said returning Arsenal to Europe’s elite competition for the first time in three years was not on top of his wish list.

“The Europa League is a trophy and we are playing in it to win it,” Emery, whose side hold a 3-1 lead going into the second leg in Valencia, told a news conference.

“The second motivation for us is that it will give us a Champions League place. We know it’s going to be difficult, and we have no chance in the Premier League, but with ambition and a strong mentality we know we can win.”

Emery spent four seasons as coach of Valencia, leading them to top-three finishes in La Liga in his final three campaigns, yet he never endeared himself to the club’s famously demanding supporters because his side never challenged for trophies.

He also angered the club for an exuberant celebration when his Sevilla side knocked Valencia out of the 2014 Europa League semi-finals with a last-gasp goal from Stephane Mbia.

“I enjoyed myself a lot here and I put my heart into my work, although I’m left with the sensation that I should have fought for a trophy here,” Emery said.

“When I was at Sevilla they prioritised reaching a final over qualifying for the Champions League, each club has its objectives and the important thing is to achieve them and I did that at both clubs and that’s why I’m here at Arsenal.

“But most of all I’m focused on the present and I’m most concerned about how my team responds tomorrow, I hope we are competitive in this great stadium.”