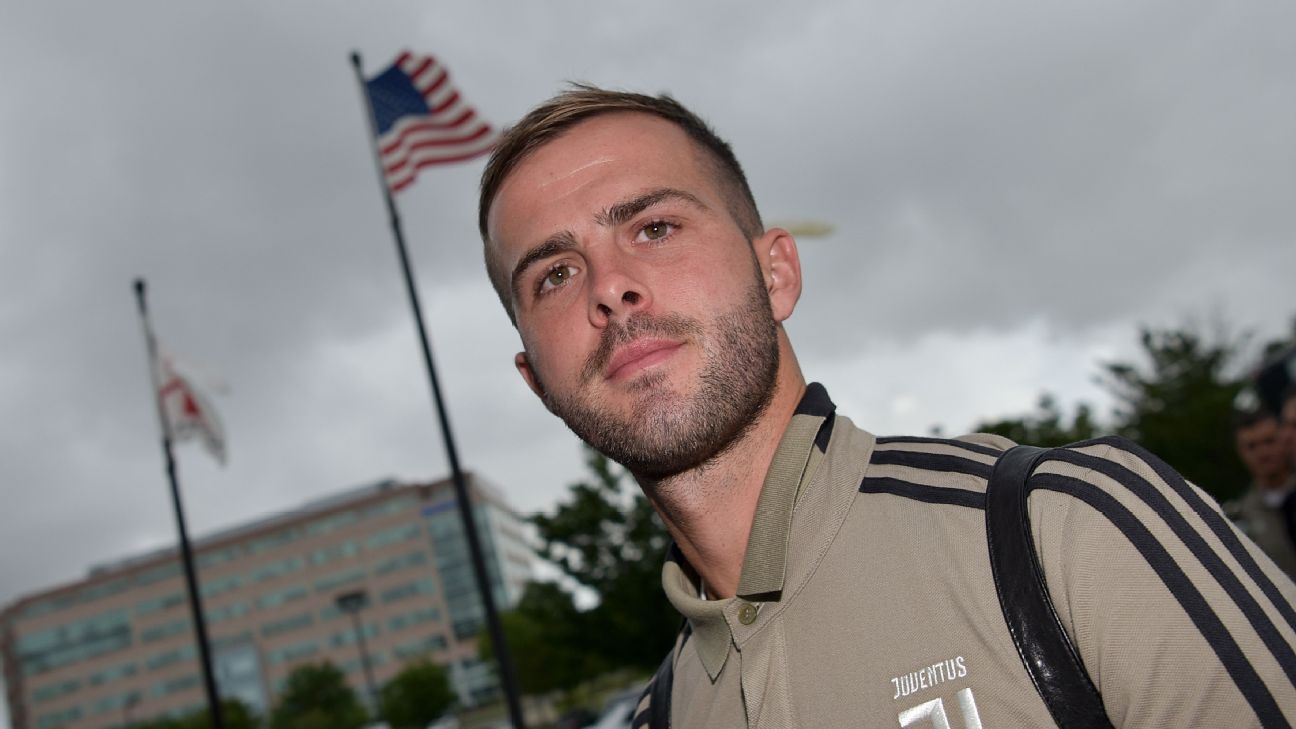 Miralem Pjanic has cast doubt over his future at Juventus by saying he would consider a move to Paris Saint-Germain.

Speaking to Canal+, midfielder Pjanic said he was attracted by what PSG were building and would listen to an offer if one was made.

“Paris are one of the top eight clubs in Europe at the moment, and certainly in the Champions League they want to go further than they have done recently,” the 29-year-old said.

“They’re a very, very big club and a club where all players are willing to go because they have a sporting project and very big players are going. You have a real chance of winning the Champions League there.

“They’re a very big club, respected by the players, and we’re listening.”

Pjanic has spent the past eight seasons in Italy, first with Roma and then at Juve since 2016, where he has won the Serie A title three times.

He extended his contract until 2023 last year but has not ruled out leaving in the summer.

“Anything is possible in football,” he said. “I’ve been in Italy for eight years now, and I am at a truly great club with Juventus.

“In football, you never know what could happen. If everyone is in agreement, we could speak about a departure, but I am not at all thinking about that.

“I’m only thinking about finishing my season and my aim of the next few years to win the Champions League.”