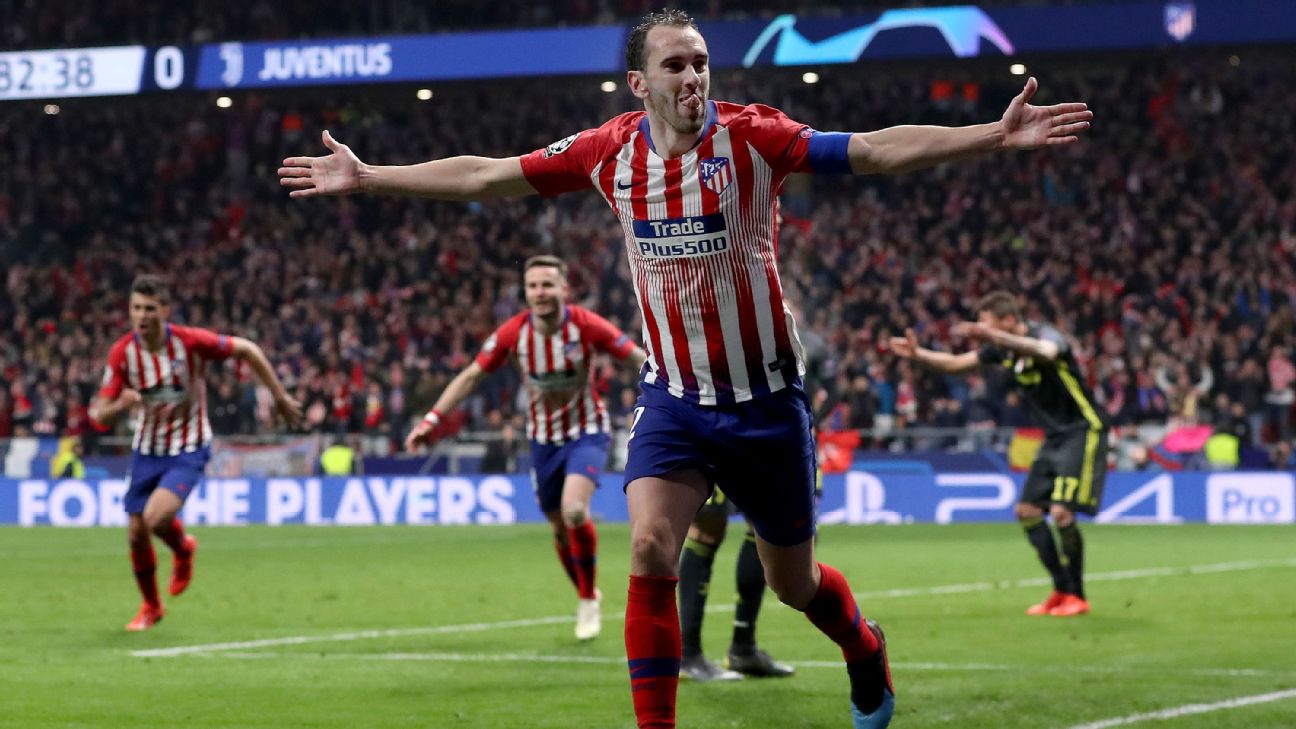 Diego Godin has agreed a three-year contract worth €6.75 million-a-year with Inter Milan, sources from the club have told ESPN FC.

The Uruguay international bid an emotional farewell to Atletico Madrid at the Wanda Metropolitano on Tuesday afternoon, after confirming he would end his nine-year spell with the club — but did not mention his next destination.

However, sources at Inter have told ESPN FC he will sign a three-year deal with the Milan side. Godin, 33, had been offered a two-year contract by Atletico, but rejected it as he had already given his word to the Nerazzurri.

“I am more nervous now than for any game, it’s the truth,” Godin said at a news conference where he announced his departure from the Spanish capital. “These will be my last days at Atletico Madrid.

“I want to communicate that myself, from my own mouth, for the love I have for everyone at this club and this jersey. There is pain in saying goodbye, but I am leaving proud of having given everything, body and soul, for this club. I will be one more Atletico fan now, wherever I am.”

Asked about the proposed two-year extension offer, he added: “I would like to play here until I’m 40, but that is impossible. I had offers in other moments — I stayed here as I wanted to, and I’m not sorry for that, on the contrary in fact.

“We did not reach an agreement [this time], so I have decided to leave, nothing else. In life you have to make decisions, change can be difficult but it can make you mature, see life from other perspectives sometimes.”

The club captain is sure of another emotional reception during his final home game for Atletico when Sevilla visit the Wanda on Sunday.

Godin scored arguably the most famous goal in the club’s recent history when his equalising header against Barcelona on the final day of the 2013-14 season confirmed the Rojiblancos as La Liga champions.

Information from ESPN FC’s Madrid correspondent Dermot Corrigan was used in this report.