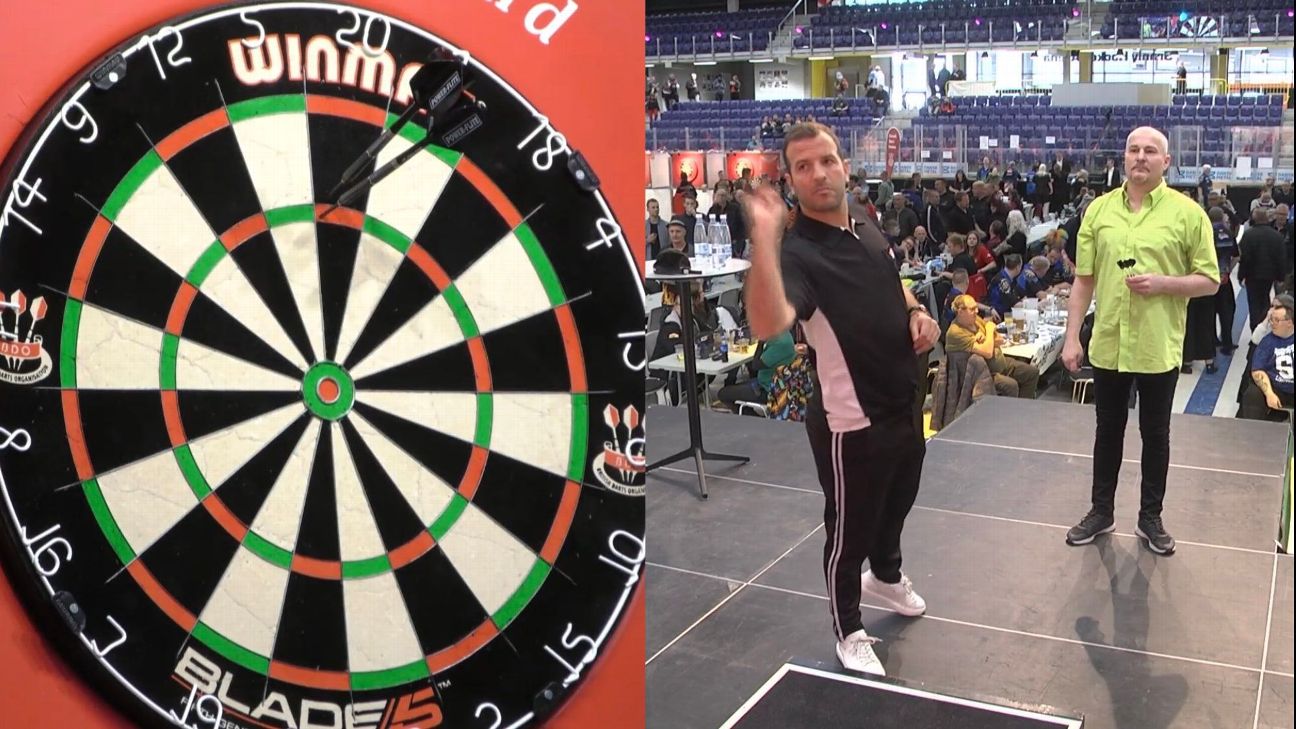 Rafael van der Vaart was once famous for arrowing shots in from distance for Ajax, Hamburg, Real Madrid and Tottenham.

Now the former Netherlands international, who won 109 caps for his country, has turned his hand to a different kind of arrows — darts.

Van der Vaart retired from football last year after a very brief spell with Danish club Esbjerg, and then set about becoming a professional darts player.

The 36-year-old joined the British Darts Organisation (BDO) circuit last month and made his pro debut on Saturday at the Denmark Open — coincidentally being held in Esbjerg.

And his first taste of stepping up to the oche was a victorious one as he beat Thomas Andersen 4-2 in the first round. But the joy was short-lived as he was knocked out in the second round 4-0 by Mogens Christensen.

But he will get another shot at glory on Sunday when the Denmark Masters begins, drawn to take on Per Laursen.