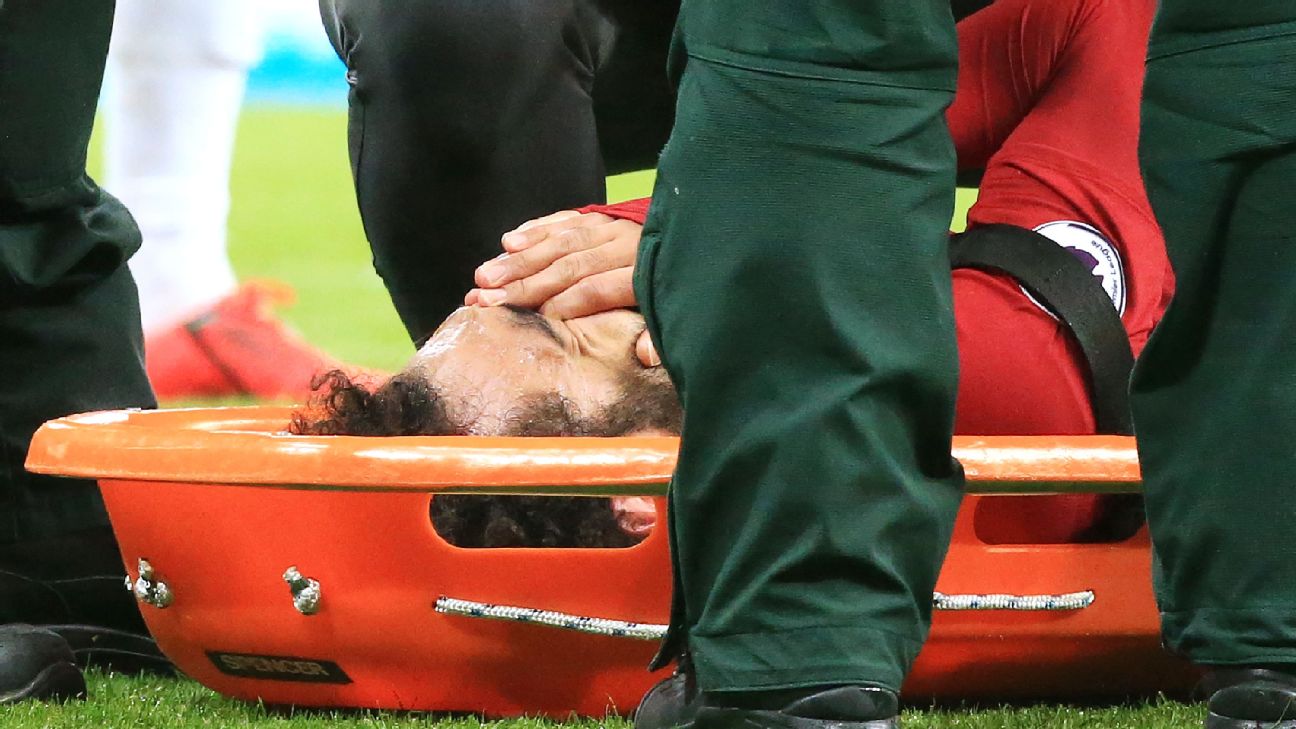 LIVERPOOL – Mohamed Salah has been ruled out of Liverpool’s Champions League semifinal against Barcelona on Tuesday after manager Jurgen Klopp confirmed the forward was concussed during Saturday’s Premier League win at Newcastle.

Liverpool must overturn a 3-0 first-leg deficit at Anfield in order to reach the Champions League final for the second successive season. But with Roberto Firmino already sidelned with a muscular injury, Klopp admitted on Monday that Salah will also miss the game as a result of the injury sustained when colliding with Newcastle goalkeeper Martin Dubravka at St James’ Park at the weekend.

“Both of them [Salah and Firmino] are unavailable for tomorrow,” Klopp said at his prematch news conference at Anfield.

“It’s a concussion so Mo is not allowed to play. He feels OK, but it’s not good enough from a medical point of view, that’s all.”

Due to medical regulations relating to concussion, Salah will not be able to train until Saturday, but the Egyptian should therefore be able to play against Wolves on Sunday in what could be a title decider for Klopp’s team.

Salah’s absence on Tuesday is major blow for Klopp and Liverpool, however, as they attempt to pull off a memorable victory against Barca. Without the Premier League’s leading goalscorer and Firmino, Klopp could be forced to play both Divock Origi and Daniel Sturridge in attack alongside Sadio Mane.

The Liverpool manager fielded Dutch midfielder Georginio Wijnaldum in his forward three during the 3-0 defeat at the Camp Nou last Wednesday, but Klopp is expected to field a more attack-minded player on Tuesday due to the necessity to score at least three goals to salvage the tie.