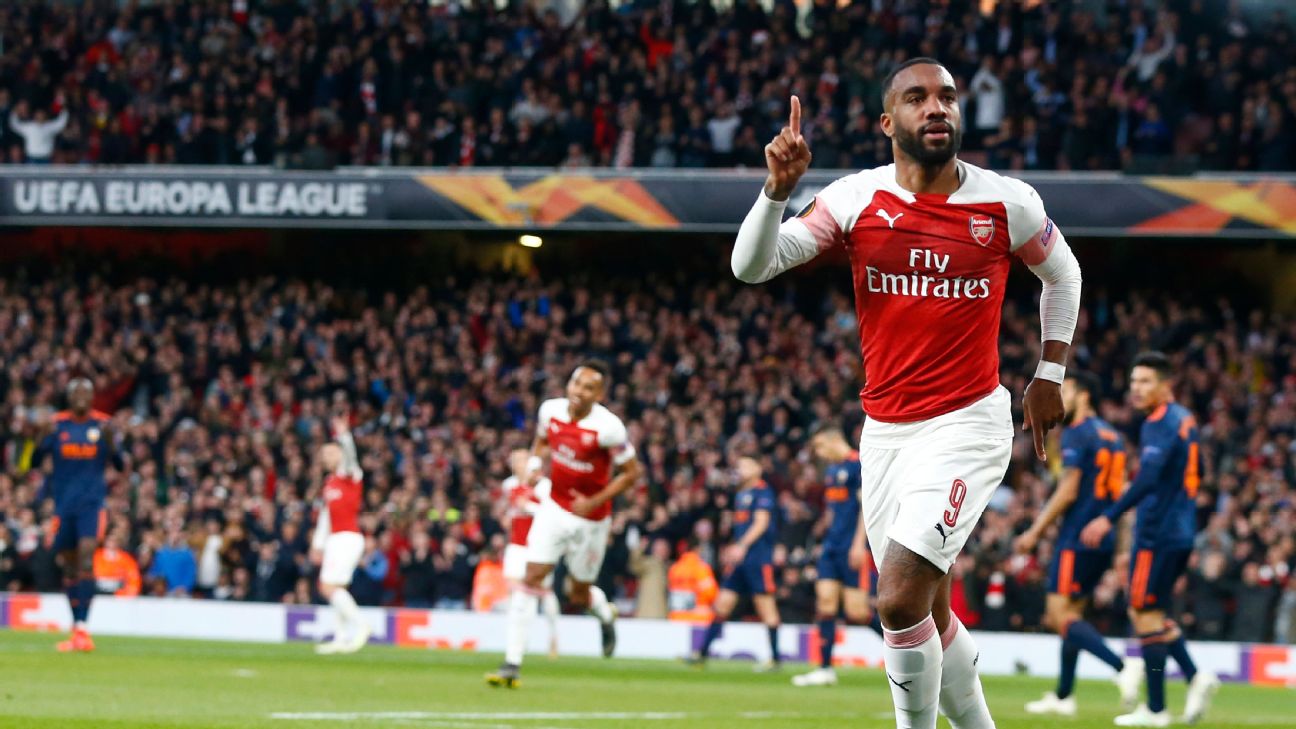 With the transfer window for Europe’s biggest clubs set to open soon — find out exactly when the Premier League transfer window opens — rest assured that Transfer Talk is scouring the world’s media and setting correspondents loose to see what is on the agenda. You can click here to review all the latest transfers.

Spanish giants Barcelona have set their sights on a stunning move for Arsenal striker Alexandre Lacazette, according to reports in the Express.

The Frenchman impressed Barca scouts while netting a brace in his side’s 3-1 victory over Valencia in the Europa League last Thursday, and the Catalans believe Lacazette’s close relationship with technical advisor Eric Abidal will prove decisive in any negotiations.

Barcelona manager Ernesto Valverde is keen to strengthen his central striking options, with Luis Suarez now well into his 30s, and the Spaniard has also identified Atletico Madrid’s Antoine Griezmann as a potential target.

Any sale would represent a tidy profit for the Gunners, after they spent £46.5 million to make Lacazette their record signing in July 2017. The 27-year-old has scored 35 goals in 85 appearances since then, and a £70m fee could be enough to seal a deal for the La Liga champions.

10.00 BST: Joao Felix of Benfica is probably the hottest prospect in European, or perhaps even world football right now. According to Portuguese paper Record, Manchester City have met with the player’s parents to try and persuade them that the Etihad is the best place for his future.

PAPER ROUND (By James Capps)

United have offered the 31-year-old a one-year contract to extend his stay at the club, but the Mirror believes Mata is unconvinced that he will get sufficient game time next season to warrant signing an extension.

The former Chelsea man has several potential suitors across Europe, with former side Valencia also keen to bring him back to his homeland, and Brighton boss Chris Hughton is hopeful of making a surprise move for the Spain international.

But Bilbao appear to have stolen a march on their rivals by offering the attacker a two-year deal at the Basque club.

Arsenal will look to bolster their British ranks this summer, and the Gunners hierarchy have identified Bournemouth winger Ryan Fraser and Crystal Palace forward Wilfried Zaha as their top targets.

The impending departure of Aaron Ramsey to Juventus has further depleted Unai Emery’s quota of homegrown players, and the Sun claims the north London club will look to redress the balance in the coming months.

Fraser and Zaha are long-term Gunners targets, but a run of three straight Premier League defeats means moves for the pair are in jeopardy, with funds for transfers dependent on which European competition the side will be playing in next season.

A place in the Europa League next season would result in a measly £40m kitty for Emery, which would almost certainly price him out of a move for the highly sought-after Zaha.

– The Mirror claims transfer plans at Wolverhampton Wanderers have been put on hold while they decide exactly how much cash to splash on marquee targets. Nuno Espirito Santo’s side have been linked with big-money moves for AC Milan striker Andre Silva and Marseille midfielder Morgan Sanson.

– AC Milan are leading the race to sign Nice forward Allan Saint-Maximin, but Calciomercato says they face competition for the Frenchman’s signature from Borussia Dortmund. The 22-year-old has impressed in Ligue 1 this season with six goals and four assists, and Milan sporting director Leonardo has been tracking the player since the turn of the year.

– Barcelona will exercise the buyback option in full-back Marc Cucurella‘s Eibar deal at the end of the season. The Spaniard will return to the Nou Camp for around €4m, but Marca claims the player could be sold on again, with Borussia Dortmund, Borussia Monchengladbach and AC Milan rumoured to be interested in a deal.