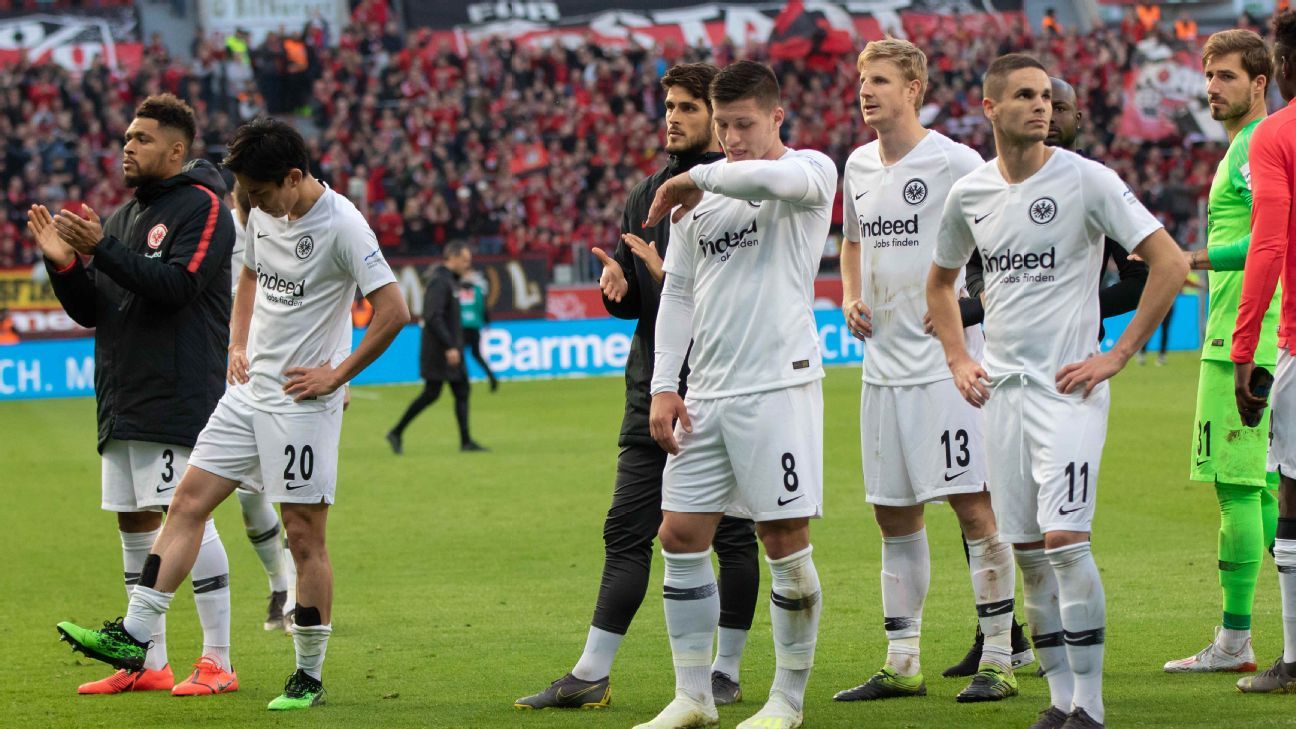 Bayer Leverkusen boosted their chances of a top-four finish in the Bundesliga and a place in next season’s Champions League after scoring six first-half goals for a breathtaking 6-1 home win over direct rivals Eintracht Frankfurt on Sunday.

The result left Frankfurt fourth on 54 points with two games to play, ahead of fifth-placed Leverkusen on goal difference. Sixth-placed Borussia Monchengladbach and Wolfsburg in seventh are a further two points adrift.

Frankfurt, looking bereft of energy after Thursday’s 1-1 home draw with Chelsea in the first leg of their Europa League semifinal, were totally overrun in the opening period and lucky not to concede more than six in an astonishing first half.

Leverkusen’s Lucas Alario struck twice and Kai Havertz, Julian Brandt and Charles Aranguiz also netted before Martin Hinteregger‘s own goal completed the scoring after 36 minutes, with Ante Rebic having pulled one back for Frankfurt.