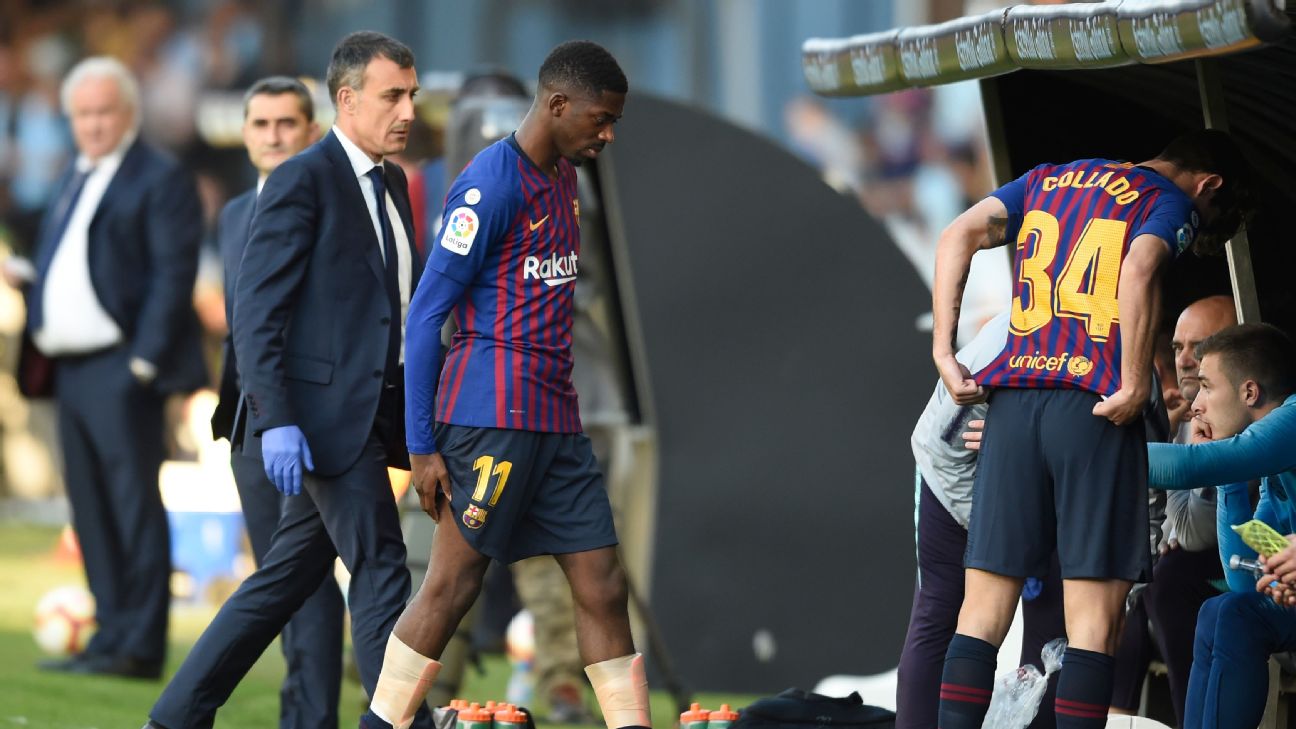 Barcelona have said that France forward Ousmane Dembele has a leg injury and is unfit to play just two days before their Champions League semifinal at Liverpool.

The Spanish champions said on Sunday that tests have confirmed the initial report that Dembele injured a muscle in his right thigh early in Saturday’s 2-0 loss at Celta Vigo.

Barcelona did not say how long the club expects him to be out, but he was left off their squad to play at Anfield on Tuesday when Barcelona will defend a 3-0 first-leg victory.

This is Dembele’s fifth injury since joining Barcelona in 2017.

Dembele, 21, has scored 14 goals in 42 appearances for Barcelona this season.

Barcelona have already clinched the Spanish league title but will play Valencia in the Copa del Rey final on May 25.