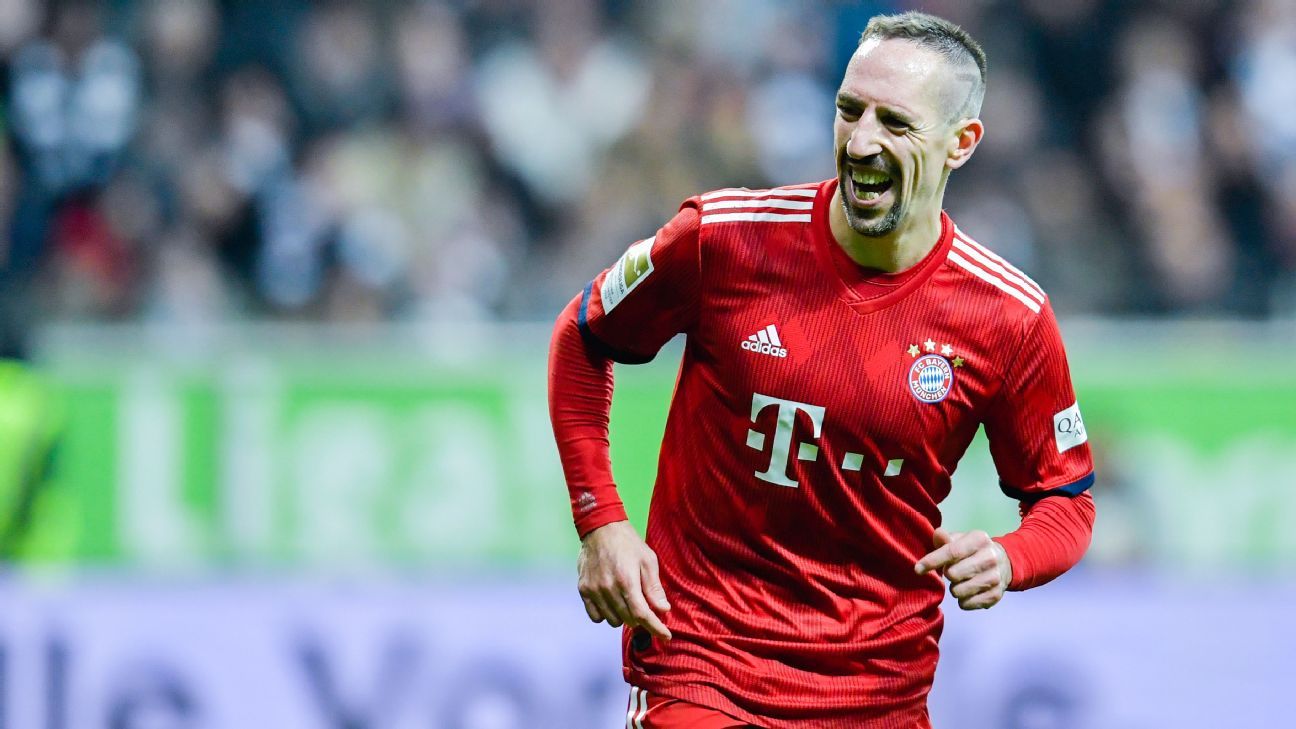 Franck Ribery will leave Bayern Munich at the end of his contract this summer, the German Bundesliga club said on Sunday.

Ribery, 36, has made over 400 appearances and won 21 major honours with Bayern since joining from Marseille in 2007. His trophies include eight Bundesliga titles, the Champions League, Super Cup and Club World Cup.

“When I came to Bayern, it was a dream come true. It won’t be easy to say goodbye, but we must never forget what we’ve achieved together, we’ve won so much — more than 20 honours,” Ribery told the club’s official website.

Former France international Ribery will join fellow veteran forward Arjen Robben in leaving the club at the end of the campaign, breaking up the iconic “Robbery” partnership at the Allianz Arena.

Bayern confirmed they will honour the duo with a testimonial match in 2020.

“Franck and Arjen are great players,” Bayern chairman Karl-Heinz Rummenigge said. “FC Bayern owes a lot to both of them and we will give them a wonderful and emotional farewell. They’ve helped shape FC Bayern’s most successful decade with fantastic football.”

Ribery can still add two more pieces of silverware this season, with Bayern on the brink of the Bundesliga title after beating Hannover 3-1 on Saturday, while they face RB Leipzig in the final of the DFB Pokal later this month.

“I don’t have a concrete plan for next season yet,” Ribery added. “I’m not sure where I can go to play football. I will keep playing but nothing is 100 percent certain yet.”

He has been linked with a move to the Middle East with Al-Saad (Qatar), Al Duhail (Qatar) and Al Nasr (Saudi Arabia).