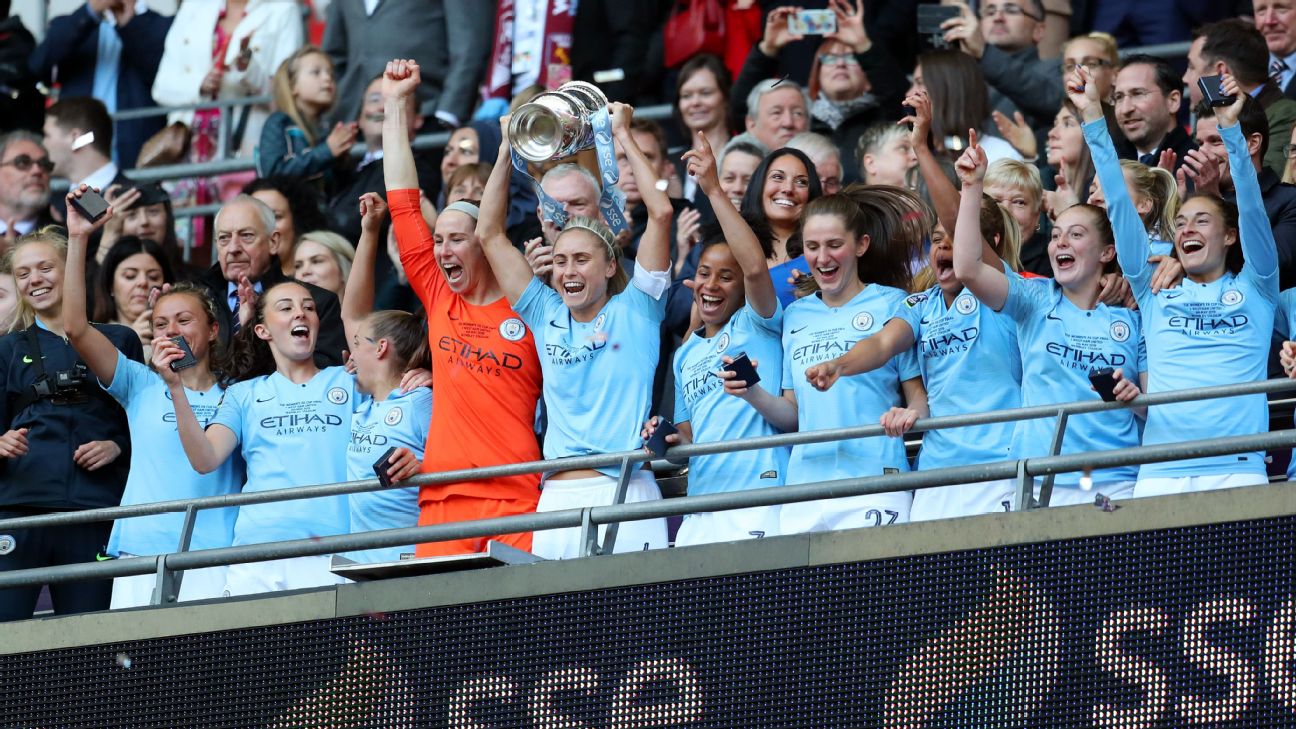 Goals from Keira Walsh, Georgia Stanway and Lauren Kemp ensured the win as Nick Cushing’s side lifted their second trophy of the season following their Continental Cup success in February.

After an even first half, Walsh 52nd minute strike from outside of the box opened the scoring following a howler from West Ham goalkeeper Anna Moorhouse, who could only parry the midfielder’s shot into her own net.

Stanway, who was named player of the match, put City in a comfortable position with 10 minutes left after she cut in from the left wing before placing a shot via a slight deflection into the far corner. Substitute Kemp then wrapped up the win after she lifted the ball over the onrushing Moorhouse from outside of the box.

West Ham striker Jane Ross had her side’s best opportunity during the game, but her downward header from six yards out was spectacularly saved by City goalkeeper Karen Bardsley midway through the first half.

The attendance of 43,264 fell just short of the 45,423 set at last year’s final between Chelsea and Arsenal, which broke the English record for a women’s club match.