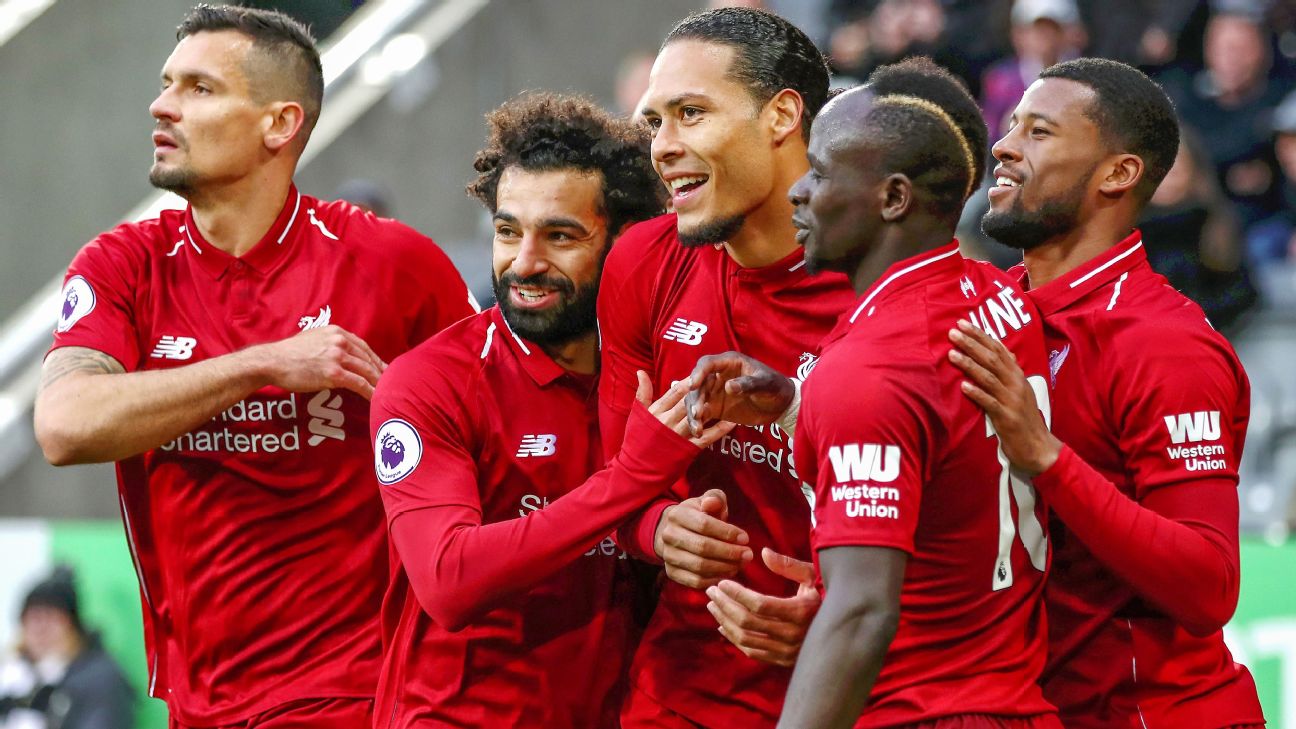 Liverpool boss Jurgen Klopp called his club’s thrilling 3-2 win over Newcastle a “brilliant” battle as his Reds continue to go back-and-forth with Manchester City in the race for the Premier League title.

“Today was a battle of will but it was a victory of passion, heart and absolute desire — absolutely brilliant,” Klopp said.

Substitute Divock Origi‘s 86th minute header — after Liverpool had twice seen their lead rubbed out by a determined Newcastle United — ensured the three points that put the pressure right back on Manchester City.

Saturday’s match featured a scary moment with Mohamed Salah was stretchered off the pitch after a head injury.

Klopp’s side have 94 points and City, who face Leicester City on Monday, are two points behind. Never before have two teams passed 90 points in a Premier League season.

On the final Sunday — May 12 — Liverpool are at home to Wolverhampton Wanderers and City take on Brighton on the south coast.

It was all the more impressive given that on Wednesday Liverpool had expended so much energy against Barcelona only to end up with a bitter 3-0 defeat in the first leg of the Champions League semifinals.

There was no sign of any hangover from that experience however.

“It was just brilliant,” Klopp said.

“Newcastle showed it as well, unbelievable — they gave us a proper game. I think in our situation with all the circumstances around, some people probably expected us to show a bit of nerves and the boys didn’t. It was just a difficult game for difficult reasons.”

Having been pushed all the way by former manager Rafa Benitez’s side, Liverpool must now hope that another of their ex-bosses, Brendan Rodgers, can inspire his Leicester side to an upset against City at the Etihad on Monday.

But Klopp says he is a resigned to whatever fate will throw his team’s way.

“I accepted long ago that we do everything, absolutely everything, the boys throw whatever they have on the pitch, so that means whether we are champion or not, it is destiny,” he said.