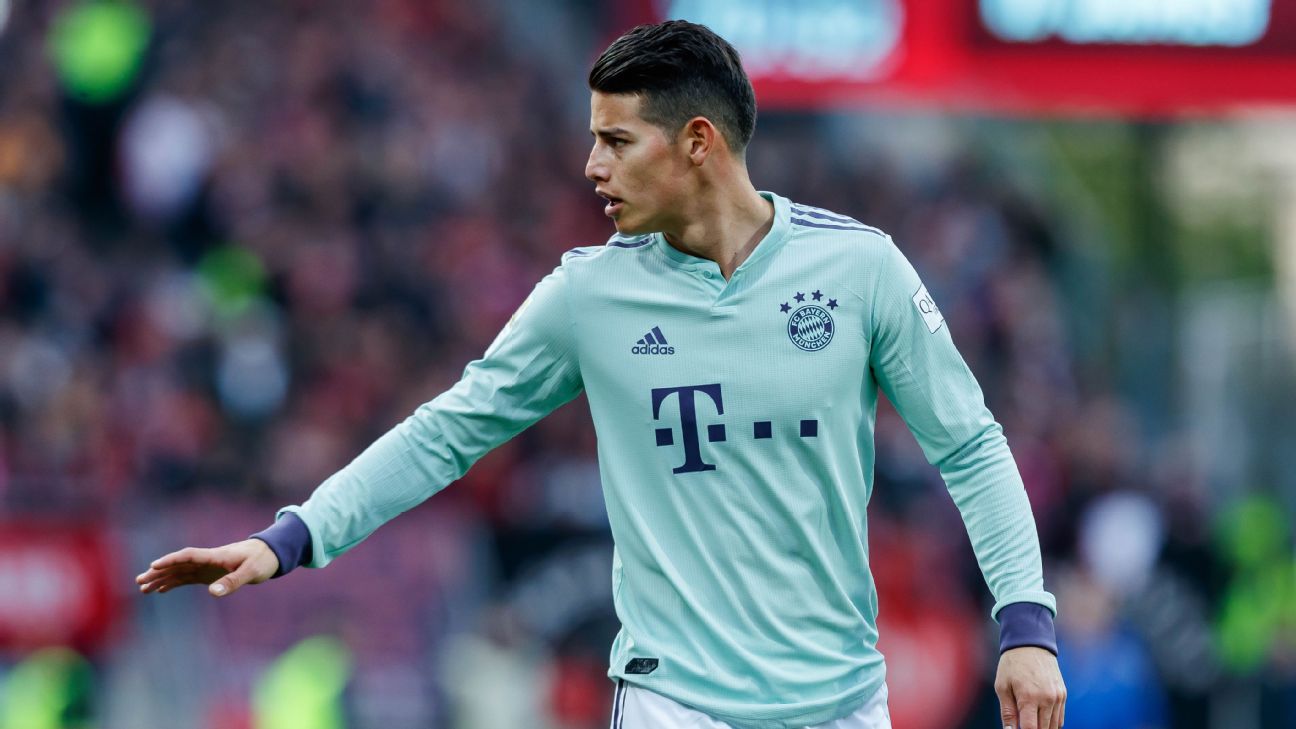 James Rodriguez does not want to stay at Bayern Munich beyond this summer when his two-year loan deal from Real Madrid expires, a source close to the player told ESPN FC.

The Colombia international joined Bayern in the summer of 2017 and the German side have a unilateral option to purchase his rights until June 15 for a reported €42 million, but have yet to take it up.

According to the source, James, who has scored seven goals and set up three more in 13 league league starts, is keen to leave Bayern in search of more playing time — something he has not had under Bayern coach Niko Kovac. James is tied to Madrid until June 2021.

Marca reported the 27-year-old winger will return to Madrid this summer but only temporarily as he will be placed on the market with manager Zinedine Zidane not counting on his services.

When James left Madrid for Bayern, he did so having failed to earn a regular spot under Zidane. James played 111 times in three seasons in the Spanish capital, scoring 36 goals and providing 41 assists. He won two Champions League medals, one La Liga title and two FIFA World Club Cups.

He became a Spanish citizen last month, which means he will become a more attractive option for clubs as he would join as an EU player and free up a non-EU squad place.

James is a reported target for Juventus and a potential move to Turin was welcomed by his father. At Juve, James would be reunited with former Madrid teammate Cristiano Ronaldo. Both players have the same agent, Jorge Mendes.

James moved to Spain following the 2014 World Cup when Madrid paid €80m to sign him from Monaco.

James was on the books of Argentinian side Banfield before moving to FC Porto in 2010. He left them for Monaco in 2013.