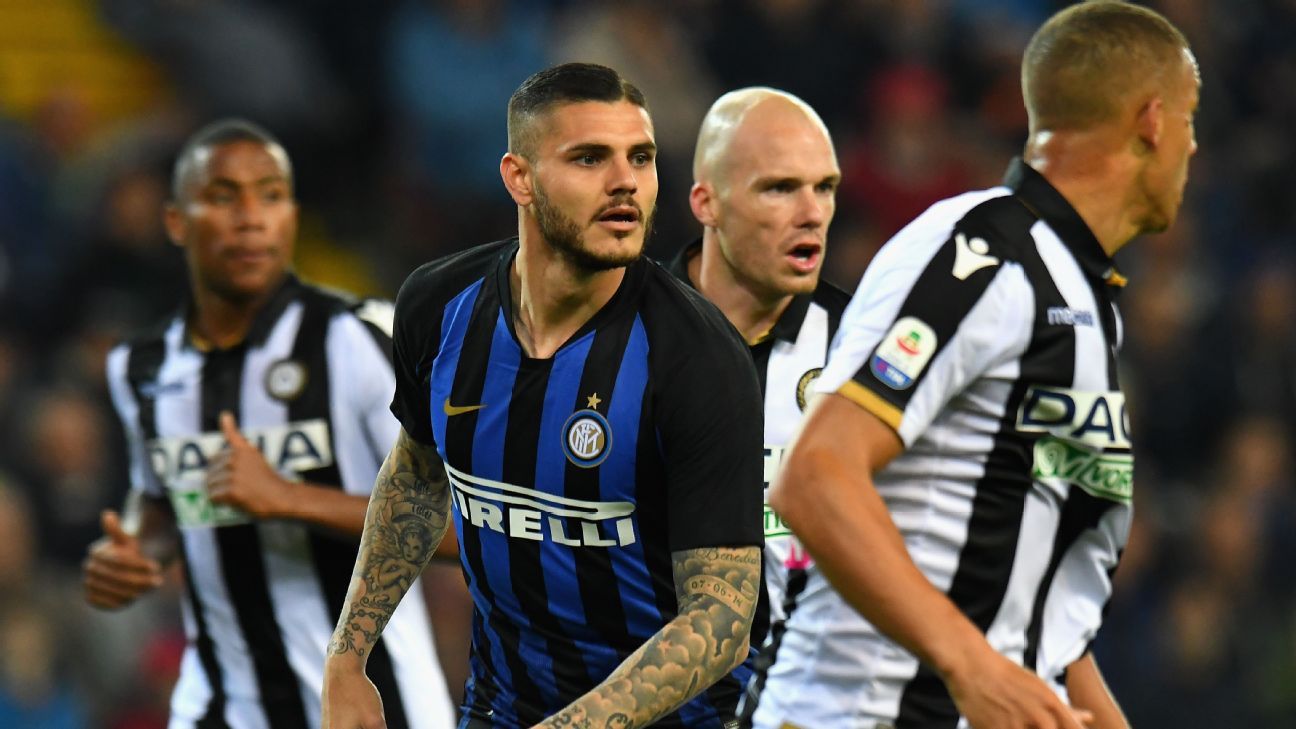 Inter Milan risk being dragged into a six-way battle for Champions League qualification after being held to their third consecutive Serie A draw with a 0-0 stalemate at relegation-threatened Udinese on Saturday.

Luciano Spalletti’s side occupy third place but a tight-knit group of five teams below them could narrow the gap by the end of the weekend.

The Milanese club are on 63 points with three rounds remaining but Atalanta (59), AS Roma (58), AC Milan (56) and Lazio (55) are yet to play this weekend while Torino are also lingering on 57 points after their draw with Juventus on Friday.

Spalletti remained upbeat about his side’s performance despite seeing them held to a draw for the fourth time in their last five games.

“It was a good performance,” the coach told Sky Sport Italia.

“I don’t know if it was one point gained or two lost, but the team did what they needed to.

“We had so many chances without conceding counter-attacks. We got into good positions six or seven times to put the ball in to score and that is where sometimes you have to finish off the move.

“But they covered the six-yard box well and we weren’t able to get it in.”

Udinese remain in 17th place on 34 points, five clear of Empoli below them, who face Fiorentina in a Tuscan derby on Sunday.

In the first half, Radja Nainggolan‘s rasping shot stung the gloves of Udinese goalkeeper Juan Musso before Rolando Mandragora failed to trouble Inter stopper Samir Handanovic with a tame effort from a promising position.

After the break, Lautaro Martinez drew a sharp save from Musso before the Argentine was again called into action to stop a deflected Nainggolan strike with his legs.

The 24-year-old goalkeeper then ensured the hosts would take a precious point when he was on hand to block a finish from substitute Keita Balde Diao as he stretched to meet a cross.

Earlier in the day, SPAL mathematically secured their Serie A status for next season with a resounding 4-0 win away to relegated Chievo that lifts Leonardo Semplici’s side into 10th place on 42 points ahead of the remaining weekend fixtures.

Iran beat Wales after stoppage-time strikes
Fernandes urges Ronaldo critics to keep it up
On brink of win, USMNT can’t close out Wales
Spain teen Gavi youngest WC scorer since Pele
Should Canada have had three VAR penalties vs. Belgium?