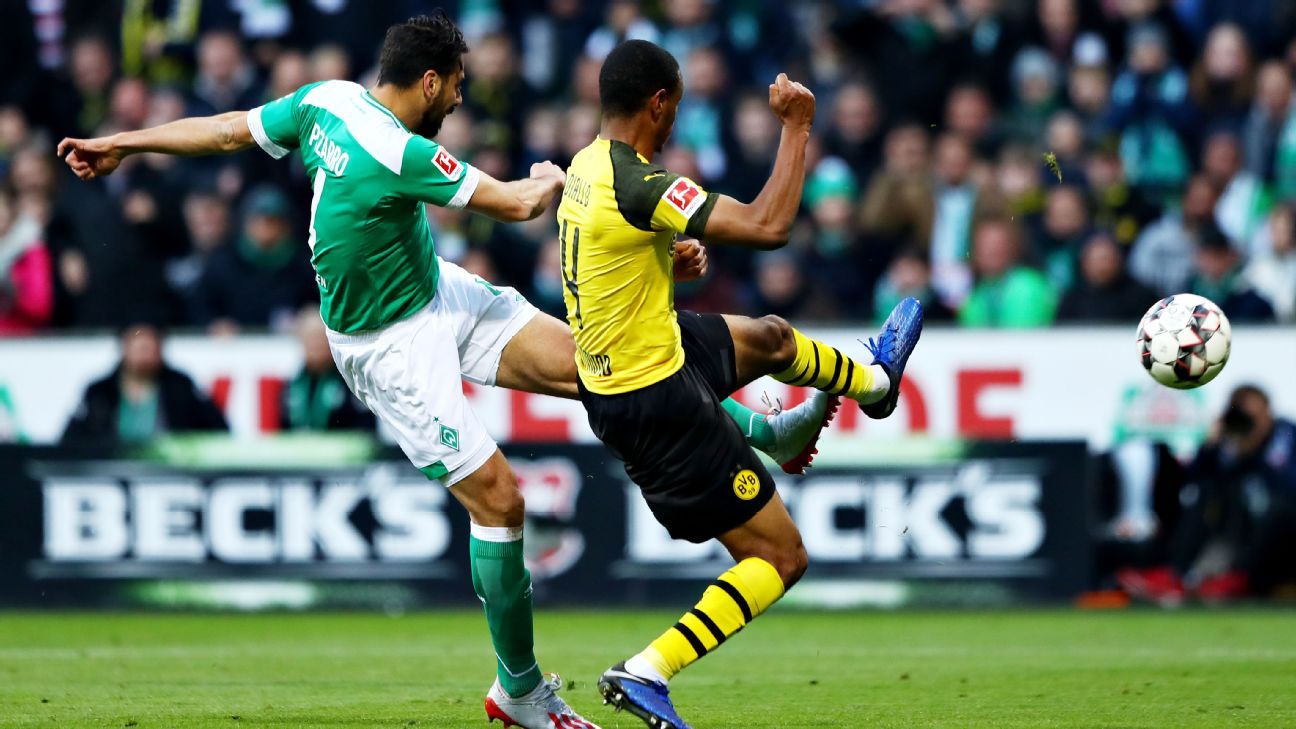 Borussia Dortmund let slip a two-goal lead and were held 2-2 at Werder Bremen, seriously denting their Bundesliga title hopes, on Saturday with 40-year-old Claudio Pizarro scoring the equaliser for the hosts.

Two stunning first-half goals, a solo effort from Christian Pulisic and a free kick from Paco Alcacer, gave Dortmund a 2-0 lead and put them in complete control before they self-destructed after halftime.

Kevin Moehwald pulled one back with a shot which slipped through goalkeeper Roman Buerki’s legs in the 70th minute and Peruvian veteran Pizarro rifled home the equaliser as Bremen capitalised on a defensive mix-up five minutes later.

Pizarro scored 125 goals in 327 matches during two spells with Bayern Munich, Dortmund’s title rivals who will have benefited greatly from this result.

Dortmund dropped four points behind the Bundesliga leaders with two matches each to play, meaning that the Bavarians need one more win to seal a seventh successive title.

The US accomplished a lot in Qatar, but left everyone wanting more
Departing Tite dismisses criticism over Brazil loss
England’s Sterling ruled out due to ‘family matter’
Sources: Qatari royals not interested in Liverpool
Argentina secure semifinal place after wildest win of Qatar 2022