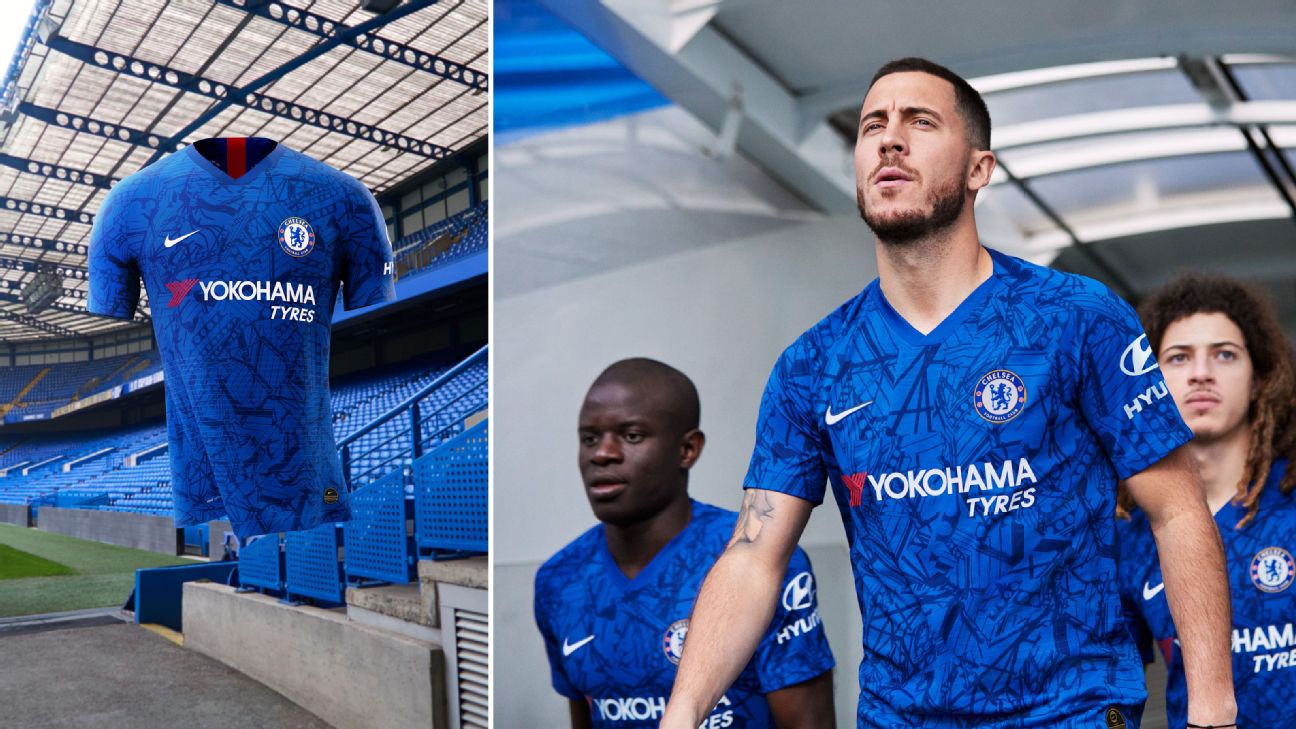 Chelsea have unveiled their new home kit for the 2019-20 season, and, in the most polite phrasing possible, it’s likely to split opinion.

It’s blue — no major surprise there — but it’s also covered in a motif reminiscent of that which you’d see on the seats of the London bus than runs past Stamford Bridge.

Eden Hazard has been charged with modelling the new shirt — along with teammates Cesar Azpilicueta and Ethan Ampadu — though there’s a strong chance it might be enough to finally convince him to make the leap to Real Madrid.

According to the official blurb, the abstract pattern is actually made up of various images of the Stamford Bridge architecture, which have all been mashed up and knitted together.

Chelsea will debut the new strip for the first time on May 5 during the club’s final league home game of the season against Watford.