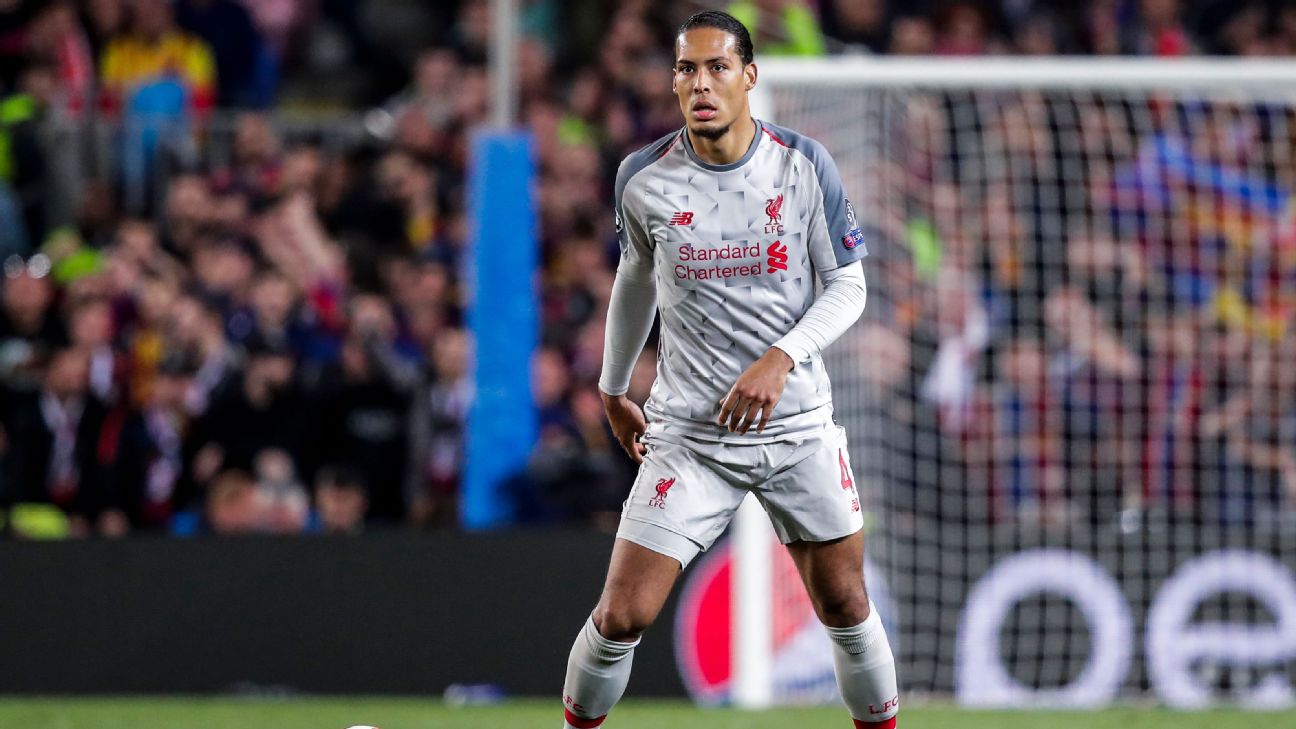 Liverpool defender Virgil van Dijk has told ESPN Brasil Barcelona will come to Anfield for the second leg of their Champions League semifinal knowing the tie isn’t over despite their 3-0 deficit.

Jurgen Klopp’s men impressed at Camp Nou in their first meeting on Wednesday. But Luis Suarez‘s opener was followed by a Lionel Messi double to tip the tie in Barca’s favour.

However, Van Dijk, who was recently named PFA Players’ Player of the Year, said Liverpool are still in it — and Barcelona know it.

“We played a great game, despite the result,” the 27-year-old said. “We had a great chance to score as well.

“I think if we had scored at least one or two, people would have been talking a lot differently. We have to be realistic: we are 3-0 down at the moment. We have a big job to do at Anfield.

“We won’t give up. We will definitely stay confident because we have to be. We have been having a fantastic season. It’s going to be strange for them coming here with a 3-0 advantage but they still have in their mind that it won’t be over.”

The clash at Camp Nou saw Van Dijk come up against Messi and, despite seeing Barca’s No. 10 score twice, the Netherlands international said he enjoyed the challenge.

“I think he’s the best in the world,” he added. “I said it before I even played against him.

“He’s shown his class for the last 10 years. It’s fantastic to see him play for a neutral — but it’s also great to come up against him.

“You can test yourself, you can see how you can cope against him. It was obviously great to come up against him but it’s not about me, it’s not about him. It’s about Liverpool and Barcelona and both teams want to get to the final.”

Klopp: We were improved despite FA Cup exit
Sources: United reject world-record bid for Russo
What’s next for USMNT without sporting director, GM or coach?
Ten Hag: ‘Limits’ needed on tackles like Carroll’s
Madrid fall further behind in title race as Sociedad prove they belong