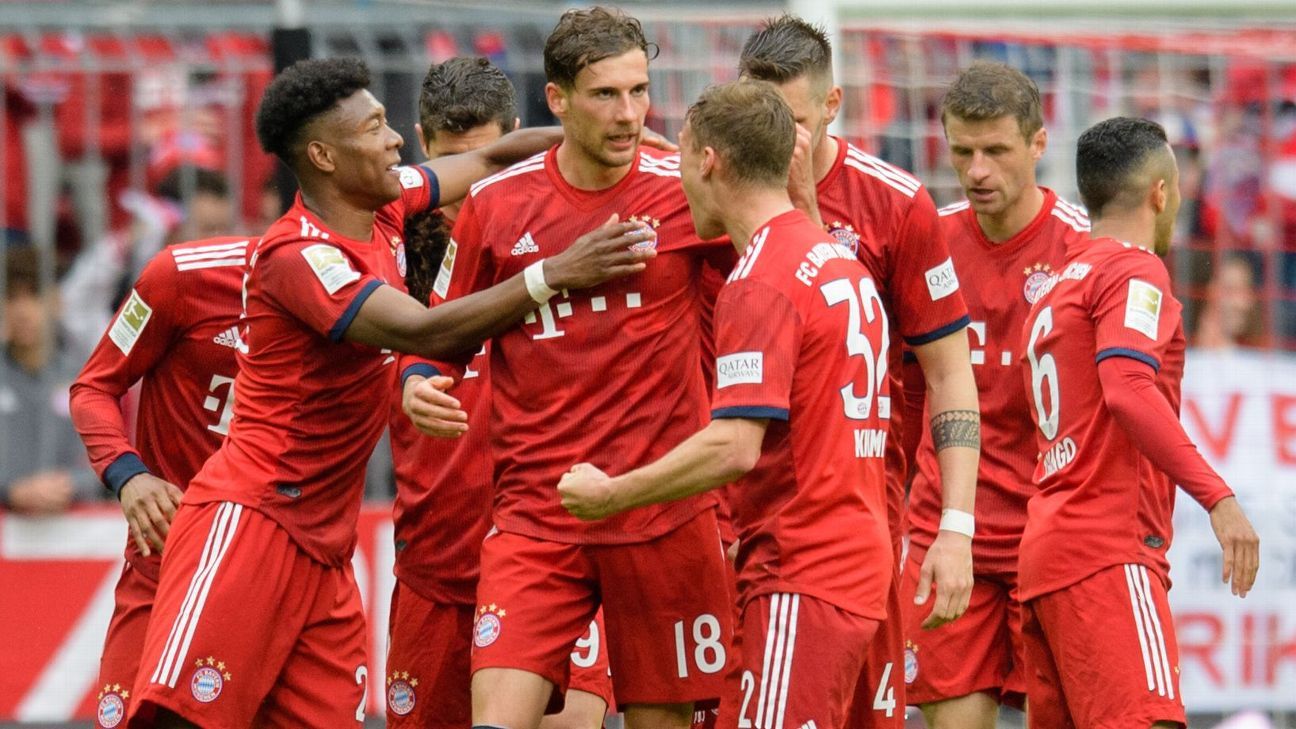 Bundesliga leaders Bayern Munich stuttered to a 3-1 win over bottom club Hanover 96 on Saturday, struggling through the second half against 10 men after substitute Jonathas scored and was sent off in 10 eventful minutes for the visitors.

The Brazilian came on at halftime, converted a penalty six minutes later and was given two yellow cards — the first for tussling with Bayern goalkeeper Sven Ulreich in the net — within four minutes of each other.

Bayern moved closer to a seventh consecutive Bundesliga title as it put them on 74 points, five clear of Borussia Dortmund who visit Werder Bremen later on Saturday. Both teams have two games left after that.

Hanover were spared relegation for at least another week because VfB Stuttgart, who are in the relegation playoff spot, lost 3-1 at Hertha Berlin, leaving them six points clear of Thomas Doll’s team.

First half goals from Robert Lewandowski, his 22nd of the season in the Bundesliga, and Leon Goretzka put Bayern in control before Jonathas replied and veteran substitute Franck Ribery added Bayern’s third near the end.

The main-talking point was Hanover’s penalty, awarded with the help of a VAR review after Linton Maina‘s shot hit Jerome Boateng‘s arm and which both coaches agreed should not have been given.

“It was a phantom penalty, as we have so often experienced in the last few weeks,” Hanover’s Doll told reporters.

“We should have been 4-0 up at halftime and that would have given us peace of mind,” said Bayern coach Nico Kovac. “Then out of the blue, something happened — something which today is a penalty but should not have been, in my view.”

Lewandowski headed in from Joshua Kimmich‘s cross in the 27th minute and Bayern were cruising when Goretzka scored with a low shot from the edge of the area, perfectly placed just inside Michael Esser‘s near post, in the 40th minute.

Kingsley Coman curled a ball just wide and Goretzka contrived to fire against the crossbar from six metres as Bayern threatened a rout.

The penalty completely changed the game, however. Jonathas converted but then pushed Ulreich as both players tried to collect the ball from the net and was booked.

Shortly afterwards, Jonathas was sent off for hitting Kimmich in the face as they went for the ball, although it appeared unintentional.

“That made me very angry. As a referee, you have to show a bit of common sense,” Doll said.

Bayern struggled against 10 men but finally sealed the points with six minutes left when substitute Ribery collected a Coman pass, cut inside and scored with a deflected shot.