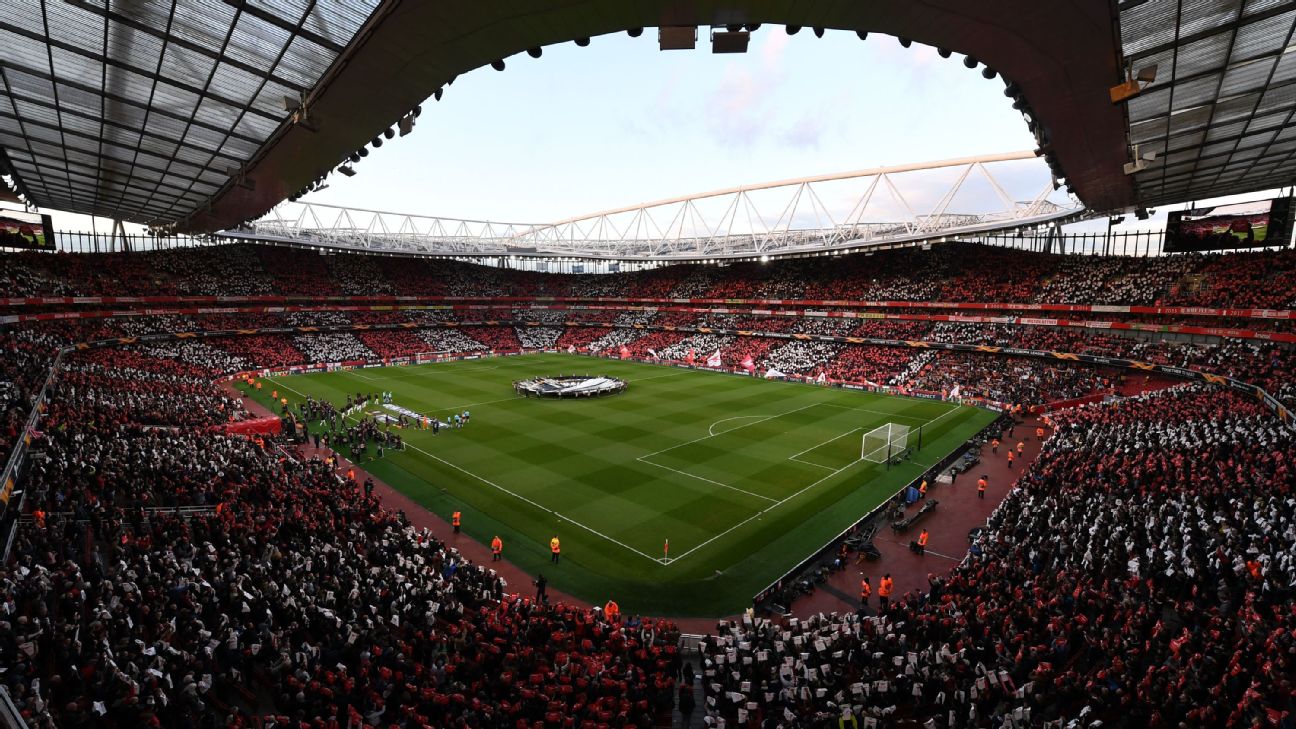 Arsenal have condemned the behaviour of a section of Valencia fans who were filmed making racist gestures and Nazi salutes following their Europa League tie in London on Thursday night.

Video footage showed fans in the away end of the Emirates Stadium leaning over a barrier towards the home supporters and making monkey gestures and Nazi salutes moments after the final whistle of Arsenal’s 3-1 win.

Valencia also condemned the behaviour in a statement published on Friday and said it would take disciplinary action if those identified were season ticket holders, but claimed their fans may have been provoked by the Arsenal supporters prior to the incident.

“Valencia publicly condemn and express its strongest repulsion and zero tolerance, as we have always done, towards the isolated gestures of people located in the visitor’s tier and who, obviously, do not represent the Valencian fans in any way,” Valencia said.

“Valencia is in contact with its legal services, is working on the identification of the responsible people to proceed, in case of being season ticket holders, to take the corresponding disciplinary measures, for which we request the collaboration of the rest of the fans located in the aforementioned tier.”

However, the statement added: “Although these attitudes are absolutely unjustifiable in any case, VCF [Valencia Football Club] is trying to obtain information, in the same way, about possible provocations prior to that verbal and gestural confrontation between people from the local and visitor stands.”

In a statement sent to ESPN earlier on Friday, Arsenal said they were aware of the incident and would be cooperating with Valencia to help identify those responsible.

“We utterly condemn such behaviour,” the statement said. “It has no place in society or football. We are working with Valencia on this and continue to encourage fans to report incidents and to provide witness statements so effective action can be taken.”

UEFA are also aware of the incident and have confirmed to ESPN that their disciplinary body will review the incident when they receive its full report from Thursday night.

The president of Valencia’s official supporters’ groups distanced its members from the incident, saying the group is against any form of xenophobia or violence.

“You cannot judge the Valencia fans just by the actions of a few individuals,” president Federico Sagreras Bisbal said in a statement to ESPN. “We will always be against these type of acts and gestures and of course we never support this.”

ESPN has also reached out to the Metropolitan Police for comment but have yet to receive a response.