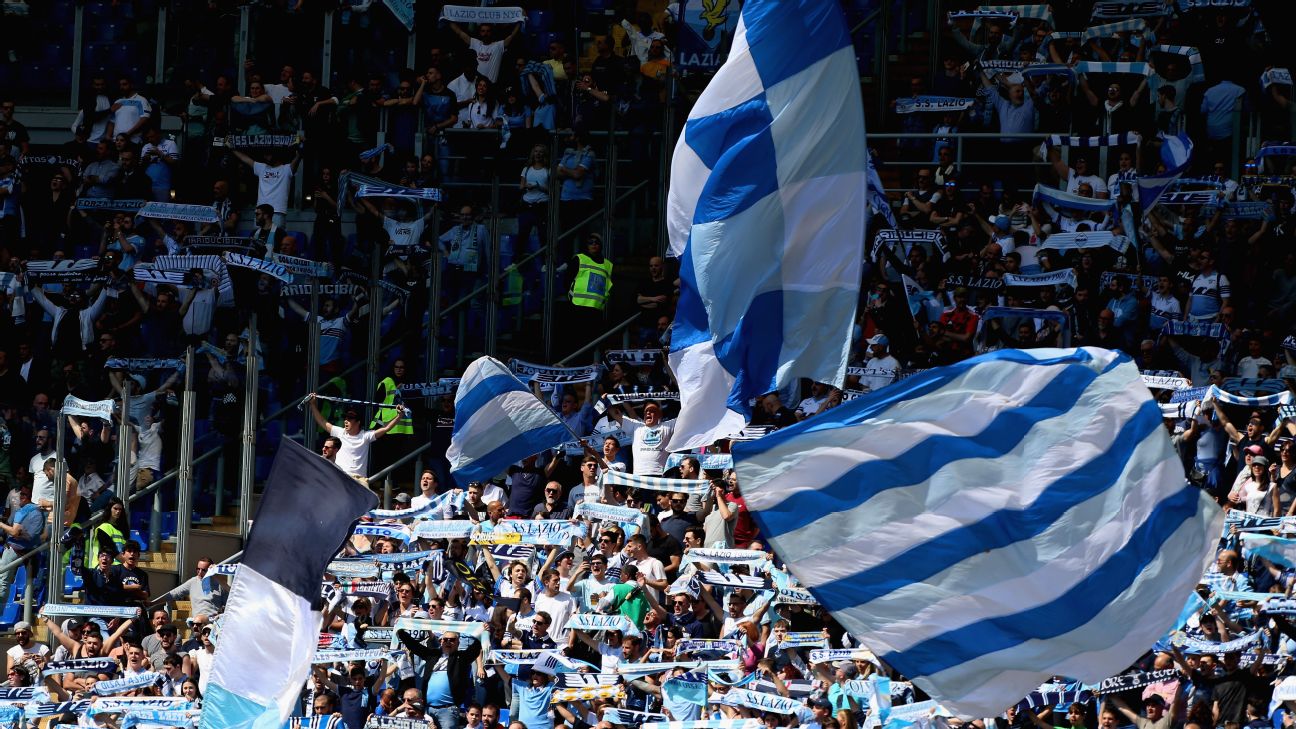 Milan police have given nationwide stadium bans to Lazio fans who unfurled a banner honouring Italian fascist dictator Benito Mussolini on the streets of the city prior to the Coppa Italia semifinal second leg at AC Milan.

Eight members of the Irriducibili group of Ultras were identified by Milan police from a photo that appeared on social media, and have been banned from entering any stadium in Italy for up to five years.

Three of the eight had been banned in the past and will now have to sign in at a local police station when Lazio are playing for the next five years, a Milan police statement said.

Another fan was stopped by police on April 24, the day of the game, in possession of a sharp weapon, which was confiscated.

The match, which Lazio won 1-0 to reach the final, was marred by racist chants from visiting fans towards Milan midfielders Franck Kessie and Tiemoue Bakayoko.

The Lega Serie A acknowledged the incidents in a disciplinary statement which said Lazio had been given a one-year suspended sentence that would see part of their Stadio Olimpico closed in the event of a repeat.