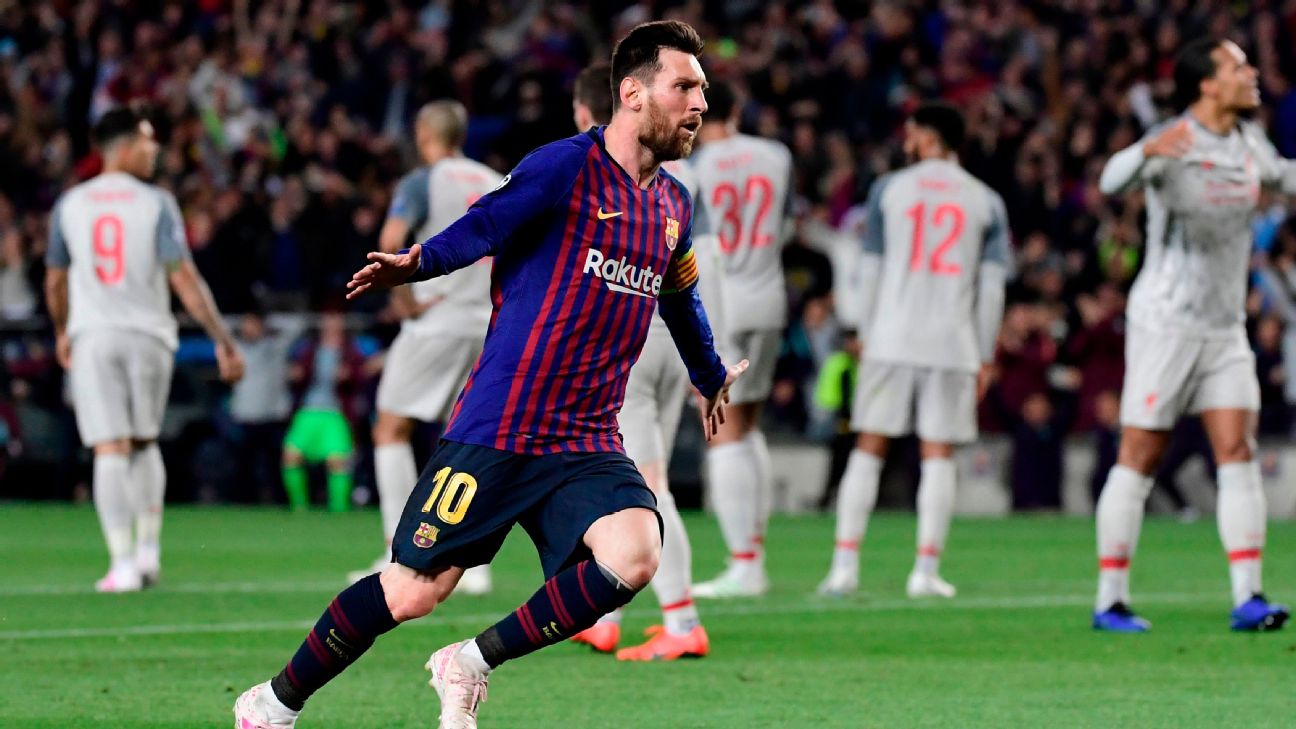 The best way to deal with Lionel Messi is to treat him like football’s version of The Incredible Hulk: Don’t make him angry and you might just be spared an ordeal of pain and humiliation.

Liverpool midfielder James Milner did not get the memo, judging by his crude first-half barge on the home side’s No. 10 during Barcelona’s 3-0 Champions League semifinal first-leg win at the Nou Camp, and it is fair to say that the Premier League side went on to reap a whirlwind of two-goal Messi’s annoyance.

“In these moments, he (Messi) is unstoppable,” Jurgen Klopp said afterward. “My boys didn’t show him too much respect or treat him harshly to try to stop him, but he is a world-class player and he showed that again tonight. What else can I say?”

For Milner, perhaps there was a sense of déjà vu. Back in March 2015, while playing for Manchester City, the former England international inadvertently became a YouTube sensation when he was nutmegged by Messi during a Champions League round-of-16 tie against Barcelona.

On that occasion, the Argentine forward played the ball through Milner’s legs and left his opponent sliding on his backside, before scampering away on another of his mazy runs. Four years on, Milner saw the opportunity to exact revenge.

Bad move. Although referee Bjorn Kuipers did not issue the yellow card that Messi demanded, in that moment Barca’s talisman went from being a threat to a man possessed and the full force of his fury was played out in the second half, when his brilliance left Klopp’s team hanging on in their attempt to reach a second successive Champions League final.

Liverpool actually played well — Barcelona goalkeeper Marc-Andre ter Stegen made several fine saves, while Mohamed Salah hit the post with a glorious chance — but ended up beaten by the same score as Manchester United, who were much less impressive during their own 3-0 defeat two weeks ago.

Messi was ultimately the difference between the two sides, scoring his 599th and 600th Barcelona goals in the process, but former Liverpool forward Luis Suarez laid the foundations for victory with a stunning finish from Jordi Alba’s pinpoint 27th-minute cross.

Gerard Pique rolled back the years with a majestic performance in defence, while Arturo Vidal was an incessant bundle of energy in midfield for Ernesto Valverde’s team. But in truth, while others deserve their honourable mentions, this game was all about one man.

Klopp joked in his pregame press conference that Messi sounded like he was issuing a “threat” in August when he insisted Barcelona would make up for last season’s quarterfinal exit to Roma by going all the way in the Champions League this year. On Wednesday, the Liverpool manager saw at first-hand that the 31-year-old had not been joking.

Messi played like a man on a mission against United and Liverpool got the same treatment. His first goal, a tap-in after Suarez had hit the bar, came after a period of Liverpool pressure early in the second half; his second, seven minutes later, was a jaw-dropping free kick from 30 yards that is up there with the best he has ever scored.

It prompted 90,000 Catalans to bow as they chanted his name, but as ever, there was so much more to Messi’s display. Perhaps the best example of his genius was borne out in the final seconds of second-half stoppage time when, after breaking clear, he teed up Ousmane Dembele with a sumptuous reverse pass inside the penalty area.

The French winger simply had to hit the target from 12 yards to make it 4-0 but the French forward somehow shot straight at Alisson, whereupon Messi threw himself to the ground in disbelief at his teammate’s wastefulness.

Playing alongside Messi must be a dream, even for the likes of Dembele, who are nowhere near being on the same wavelength. Every pass is perfectly weighted into the path of a teammate and he creates so much space by dragging opponents away when he has the ball that it is not unusual to see three Barcelona players unmarked in attacking positions.

He coasted through this game at times, only coming alive in short bursts, but so destructive were those contributions that Liverpool are in need of a footballing miracle if they are to overturn this deficit next Tuesday.

Anfield has been the venue for several tales of the unexpected on European nights, but for all the magic of the old stadium, it will struggle to compete with that which exists in Messi’s boots.

“It’s football, so we have a chance,” Klopp said. “But we had a better chance before the start of this game.”