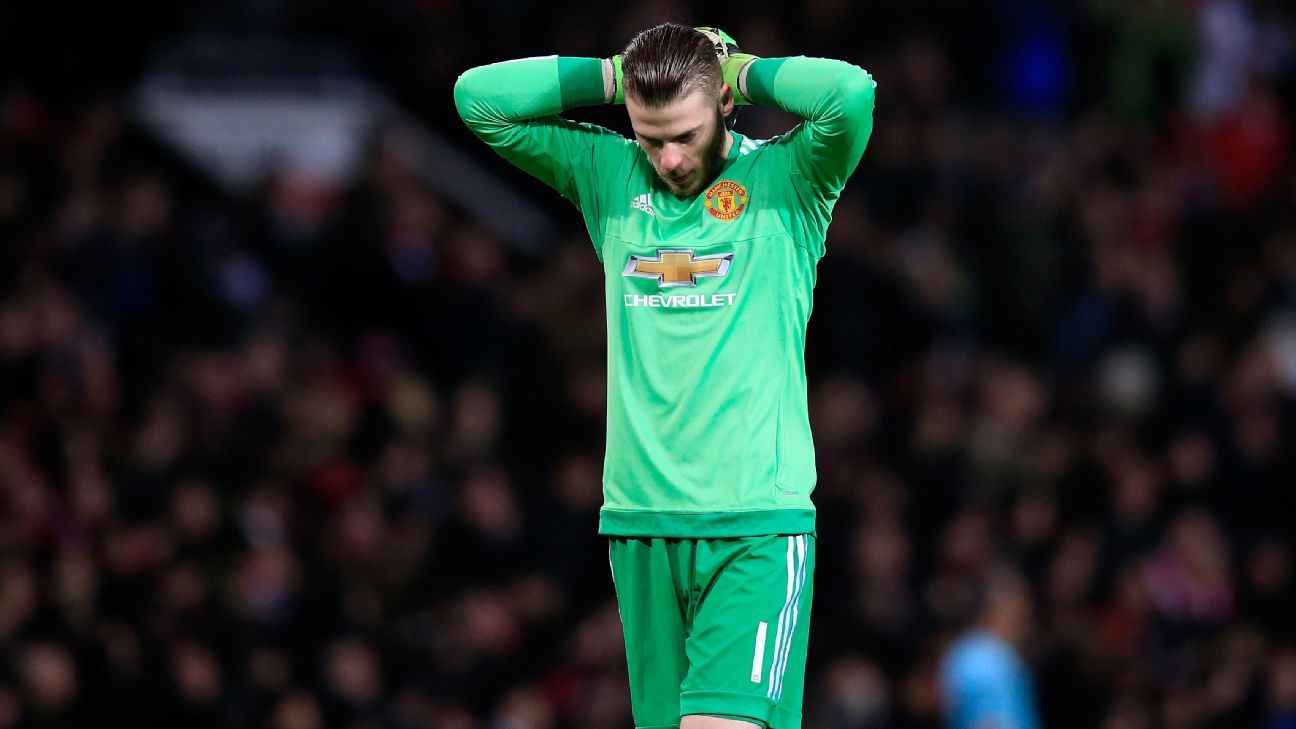 Paris Saint-Germain look set to take advantage of David De Gea‘s protracted contract talks at Manchester United by offering the Spaniard a deal worth a whopping £90m, according to reports in the Daily Star.

De Gea has just over a year remaining on his Old Trafford contract worth £200,000 a week, but Qatar-backed PSG are offering to more than double the 28-year-old’s wages to a staggering £450,000 a week despite his recent struggles in net for United.

The French champions are keen to sign a long-term replacement for Gianluigi Buffon, with the veteran’s future at the Parc des Princes looking increasingly uncertain.

And De Gea’s contract situation could force United to cash in this summer. With a fee of around £50m enough to tempt United to sell, PSG’s over-the-top bid could surely lure him to the French capital.

08.00 BST: Serie A clubs Napoli and Juventus are both reported to be fighting it out to sign Kieran Trippier from Tottenham Hotspur, with Sky Sport Italia claiming the Azzurri have already made an offer.

Both Napoli and Juve have already booked their berths in next season’s Champions League and are now planning their squads for the new campaign. A bid of €20m is reported to have been tabled by Napoli for the English defender, who is valued closer to €35m by Spurs and is also understood to be on Manchester United’s list of targets.

Juve could also enter into the running, should they lose Alex Sandro this summer. The full-back admitted in November he would like to play in the Premier League one day, although he later extended his contract in Turin until 2023.

Meanwhile, Inter Milan could also look to the Premier League for a new full-back should they choose not to make Cedric Soares’ loan move from Southampton permanent. The Nerazzurri are reported to have made a move for Manchester City full-back Danilo, with Sky saying a first offer of €15 million has been made for a player they were also watching last year, before they signed Cedric as a temporary replacement for the injured Sime Vrsaljko during the winter transfer window.

Real Madrid manager Zinedine Zidane will attempt to persuade Lyon midfielder Tanguy Ndombele to ditch a dream move to the Premier League and sign for the Spanish giants instead.

AS reckons the 22-year-old favours a move to either Tottenham Hotspur or Manchester City, but Zidane believes he can convince his compatriot that a move to the Bernabeu is the best one for his career.

Following initial talks between the two clubs, Lyon have set an asking price of €100m for their combative midfielder, but Madrid bosses are confident that they can bring down that valuation to something between the €70-80m mark.

Lyon’s Ligue 1 rivals PSG are also in the race for the player’s signature, with Massimiliano Allegri and Juventus also monitoring Ndombele’s situation.

Chelsea after Atal if transfer ban is quashed

The Telegraph claims Chelsea are in the race to sign highly-rated Nice full-back Youcef Atal, but Maurizio Sarri’s side face competition from Atletico Madrid and Bayern Munich for the 22-year-old’s signature.

Atal became the first Algerian in 33 years to score a Ligue 1 hat trick in his side’s 3-0 victory over Guingamp at the weekend, and that display prompted Nice manager Patrick Vieira to declare his player isn’t for sale.

But the French side’s resolve is set to be tested by Europe’s elite in the coming months, as the Algeria international is believed to be keen to test himself in the Champions League next season.

According to the report, a fee of at least €40m will be required to secure a deal for the right-back, who is set to appear for his country at this summer’s African Cup of Nations.

– Arsenal boss Unai Emery’s transfer plans are in limbo, with the club trying to appoint a Director of Football, whilst also waiting to see if the Gunners will be playing Champions League football next season. There are also doubts among the Arsenal squad regarding the Spaniard’s tactical credentials, according to reports in the Telegraph.

– The Daily Mail claims Manchester United and Arsenal are set to go head-to-head for the signing of young Reading goalkeeper Coniah Boyce-Clarke. The 16-year-old earned rave reviews when he faced United’s youth team earlier in the season, and won the Golden Glove award at last year’s prestigious Val De Marne tournament in France.

– Manchester City outcast Danilo is willing to take a pay cut in order to complete a move to Inter Milan this summer, according to reports from Calciomercato. The Italian publication claims talks between the two parties are well underway, but the Brazilian will need to take a reduction to his £75,000 a week Man City salary if he is to seal a deal with the Nerazzurri.