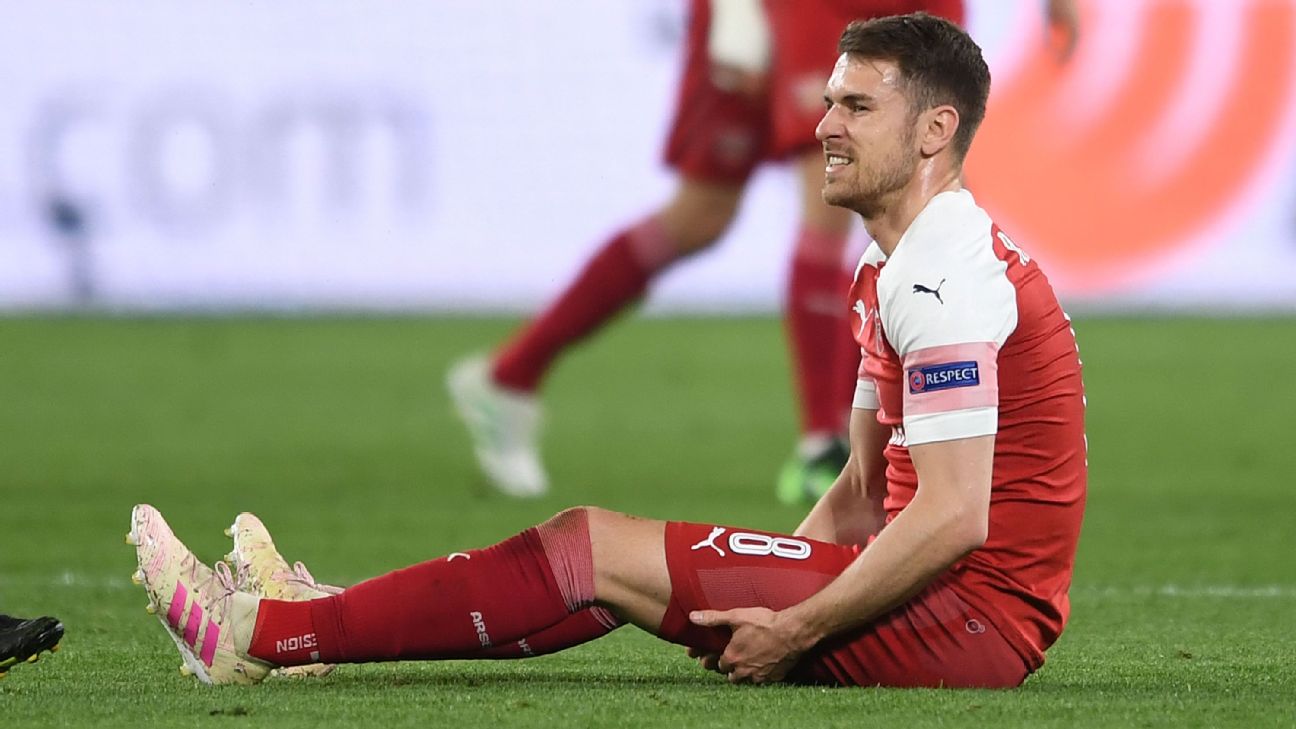 Arsenal manager Unai Emery has said Aaron Ramsey will not play for the club again because of a hamstring injury sustained in the Europa League quarterfinal second leg clash away to Napoli.

Ramsey’s 11-year association with Arsenal will come to an end on June 30 when he will join Juventus on a free transfer.

And, speaking ahead of the semifinal first leg at home to Valencia, Emery confirmed Ramsey would be unavailable for selection for the remainder of the campaign.

“We cannot use him,” Emery said. “We have players but really he was in a good moment when he got his injury.

“For me it’s a good experience with him. His heart is red. I want to enjoy with him. I want to do something important with him. He is not on the pitch but he is with us.”

Arsenal, who are in a battle to qualify for the Champions League, face Brighton and Burnley in their final two Premier League fixtures as well as Valencia over two legs in the Europa League semifinals.

The Wales international, who is Arsenal’s longest-serving player, joined from Cardiff in 2008.

During his time with the club he has won the FA Cup on three occasions, scoring the winning goal in 2014 and 2017.

England’s World Cup starts now with France a formidable quarterfinal opponent
Neymar set to return for Brazil against S. Korea
Sterling to return to World Cup after robbery
Toothless USA eliminated from World Cup as Netherlands expose talent gap
Ronaldo’s latest row with his coach is nothing new; he has a long history of them