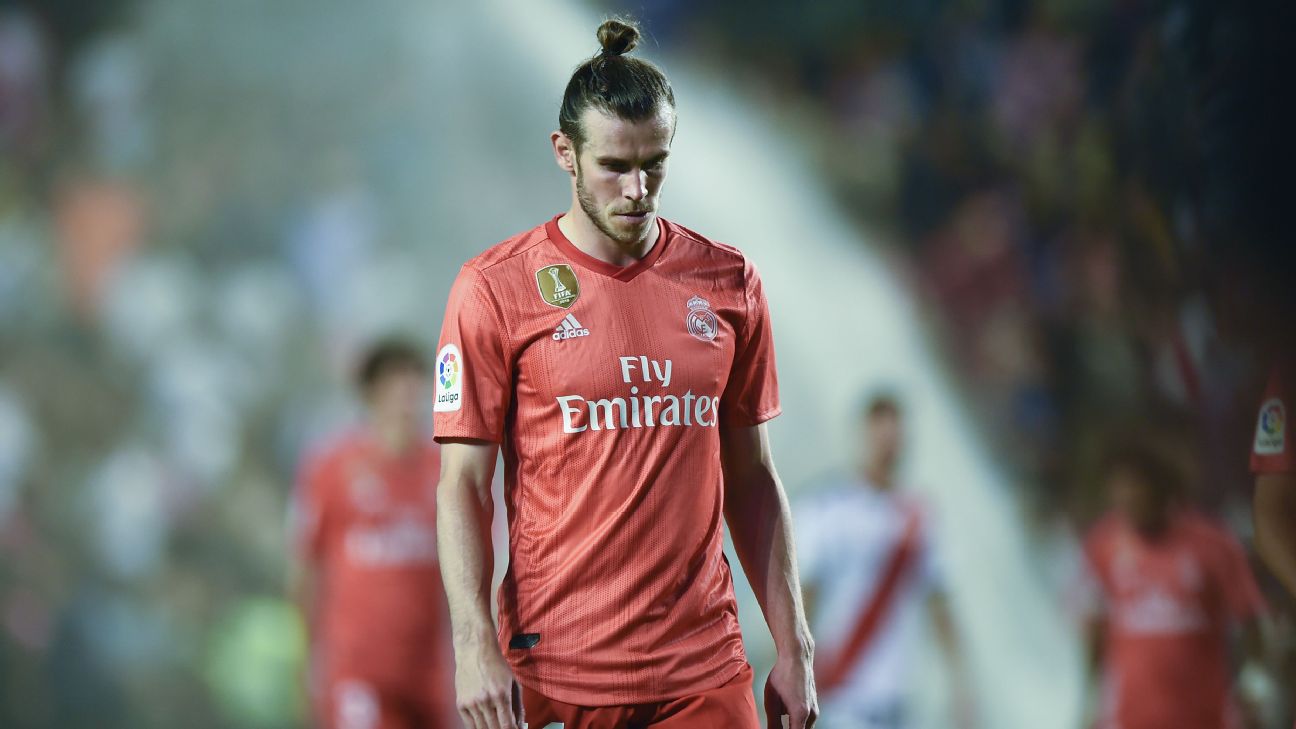 Zinedine Zidane‘s side have just three games left now in what for them is an excruciatingly long end to 2018-19. Youngsters Jesus Vallejo, Marcos Llorente and Brahim Diaz at least put in the requisite effort.

Madrid’s first-half performances since Zidane returned have really been dire, and their second-half showing on Sunday was not much better as they slipped to a 10th La Liga defeat of the season. Only the now-injured Karim Benzema has scored since March, meaning their currently fit players have all gone at least 570 minutes without scoring. Big names supposedly playing for their futures including Gareth Bale, Marcelo, Toni Kroos and Isco do not look too pushed.

7 — Zidane opted for wholesale rotation, making seven changes to his XI, giving minutes to some lesser-seen members of his squad — but got the worst performance since he returned to the Blancos bench. The choice of midfield diamond did not work out, but the issues with his team were more motivational than tactical.

GK Thibaut Courtois, 7 — A busier 90 minutes than perhaps expected in his first start under Zidane. He did very well with two close-range stops at 0-0, but was sent wrong way as Rayo’s Adrian Embarba opened the scoring from the penalty spot. Kept the scoreline to just 1-0 with a number of tricky stops as Rayo continued to create the better chances after half-time.

DF Dani Carvajal, 6 — Caught badly out in the move from which Rayo won their penalty, later kept trying to make amends in attack without much success. Appeared to ask his man Bebe to ease off on the tackles at one point in the second half, as if this were a practice game where not getting injured was more important than the three points.

DF Jesus Vallejo, 7 — The Spain Under-21 captain aiming to win his future at the Bernabeu was desperately covering for teammates when his challenge was deemed a penalty by referee Pablo Gonzalez Fuertes after consulting VAR. Was otherwise pretty good, keeping Rayo veteran centre-forward Javi Guerra quiet, and twice clearing from his own six-yard box to avoid a second home goal late on.

DF Raphael Varane, 6 — A slip let in Jose Pozo for an early chance, and also was not in position as Rayo won their spot kick. Improved from there as he and Vallejo were often pushed to the pin of their collars.

DF Marcelo, 5 — The captain on the night was guilty of a couple of hesitant challenges early as Madrid generally lacked the intensity required against opponents fighting against relegation. Was very lucky when the referee whistled after he was eased off the ball by the slight Embarba, who for a moment seemed through one on one with Courtois.

MF Luka Modric, 5 — A horror show first half from the reigning Ballon d’Or winner, who was caught in possession multiple times, allowing Rayo to break dangerously. Was also booked for raising a forearm on youngster Pozo and generally was way off pace of the game. Looks like he could do with taking the rest of the season off — like Sergio Ramos and Benzema.

MF Marcos Llorente, 7 — Returning to team after five games away, Llorente was generally assured in possession and sharp across the ground to cover for much slower teammates.

MF Toni Kroos, 6 — Outrun by Rayo’s hungrier midfielders, but his dead-ball delivery was accurate as usual.

MF Dani Ceballos, 5 — Another chance missed to prove to Zidane he has a future at Bernabeu, Ceballos sent a close-range header just wide in one of the few big chances Madrid created. Probably needs a summer move now to play regularly elsewhere and get his confidence and sharpness back.

FW Gareth Bale, 5 — Often ran riot against Rayo in the past, but not on this night. Bale’s blushes were spared after a bad miss was irrelevant as VAR had awarded Rayo’s penalty. That his free kick was quite easily pushed over by keeper Alberto was a reminder he was still on the pitch in the second half.

FW Mariano Diaz, 7 — Allowed back in the side by Benzema’s hamstring injury, and showed more energy than most of his teammates, but then faded out of the game after half-time. Missed an early chance when dallying too long on the ball.

FW Brahim Diaz, 7 — The youngster is clearly a Zidane favourite and brought more ideas and energy when replacing Ceballos near the hour mark.

MF Isco, 6 — Took over from Modric in midfield without changing the course of the game. The only player now to appear in all eight games since Zidane returned, but he’s not yet proven he deserves to stay beyond the summer.

FW Lucas Vazquez, N/R — Sent on for Mariano late on as Zidane threw players at the problem, without any success as Madrid finished the second half without creating even one serious chance to equalise.