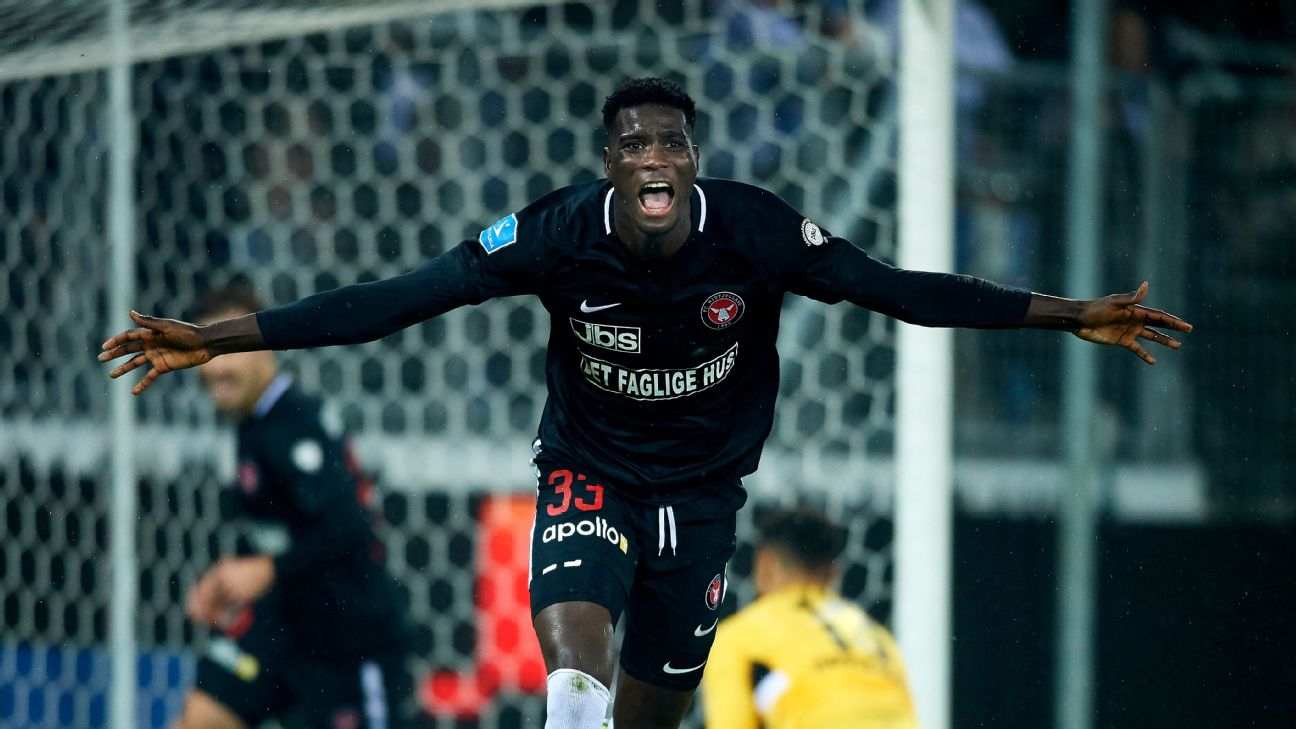 With the football season winding down, and the Africa Cup of Nations barely two months away, Nigerian players have been making performance statements all over Europe and beyond.

Freshly minted Super Eagles forward Paul Onuachu was the pick of the bunch in a month of fine offensive and defensive displays.

Onuachu announced himself to Nigerians with a spectacular goal inside the opening 10 seconds of Nigeria’s 1-0 win against Egypt in March, setting the record for the Super Eagles’ fastest goal.

The beanpole striker carried that form back to his club, firing off four goals in April for FC Midtjylland in Denmark to deservedly win top place in our Power Rankings. It is a fairly impressive position to be in after a month where Nigeria strikers were banging them in for fun.

There may be a long queue of strikers lying in wait to claim his position as Nigeria’s lead attacker, but they will have to rip that shirt off Ighalo’s back, in light of the way he is playing.

The big man rattled off four goals in four games in April for his new Chinese employers at Shanghai Shenhua, and then added three assists for good measure.

If there is to be one representative highlight reel for this month’s Power Rankings, it would Kenneth Omeruo stunning goal line clearance to save Leganes a point against Celta Vigo in their game of the month.

Sidelined with a hamstring injury, Omeruo spent the first two weeks of April out of action, missing the first two games in of the month, but returned to play an immense part in their campaign.

After losing a head to head battle against Iago Aspas, Omeruo showed exemplary speed, athleticism and balance as he sprinted towards to goal to hook the ball off the line.

Such was the margin of the clearance that VAR was needed to confirm that indeed all of the ball had not crossed all of the line.

Not many Nigerian youngsters can claim to have bagged a goal and an assist against a Leo Messi-led Barcelona, but that is exactly how Samuel Chuwkueze opened his April account, as the sides played out a breathless 4-4 tie.

The young talent finished the month with one more goal and two more assists, and in any other month would be higher up the rankings.

The forward opened his April account against Fenerbahce, only to see the effort canceled out as the sides split the points. As if stung by the impudence of Fenerbahce to nullify his strike, he hit a brace in the very next game and topped it off with an assist as Gala brushed Malatyaspor aside 5-2 for a more than satisfying April and a place in the top five.

Osimhen followed up his man of the match heroics with Nigeria’s under-23 team in March by going on a goalscoring run of three goals and one assist with Charleroi in the UEFA Europa League playoffs, to take Charleroi to second on the Belgian top flight table behind St Truiden.

It has not been as prolific a month for Musa as he would he would have liked, with only two goals to his name. But the Super Eagles captain still showed his value as a team player with three assists to cap off a more than decent month.

Etebo scored in Stoke City’s month-opening game against Blackburn Rovers, and helped himself to an assist a game later. His club maybe languishing in mid-table mediocrity, but Etebo has made himself such an integral part of the first team that he has been nominated for Stoke Player of the Season.

Since joining Boro, Mikel has been a cut above the rest and his elegant play throughout April helped them bounce back from a run of three losses at the tail end of March and early April, to rack up four wins in five this month.

Wilfred Ndidi narrowly edges out FC Zurich’s Stephen Odey for the final spot in this month’s Power Rankings, his performance in the Foxes’ 3-0 win over Arsenal putting him over the edge against the former MFM striker.