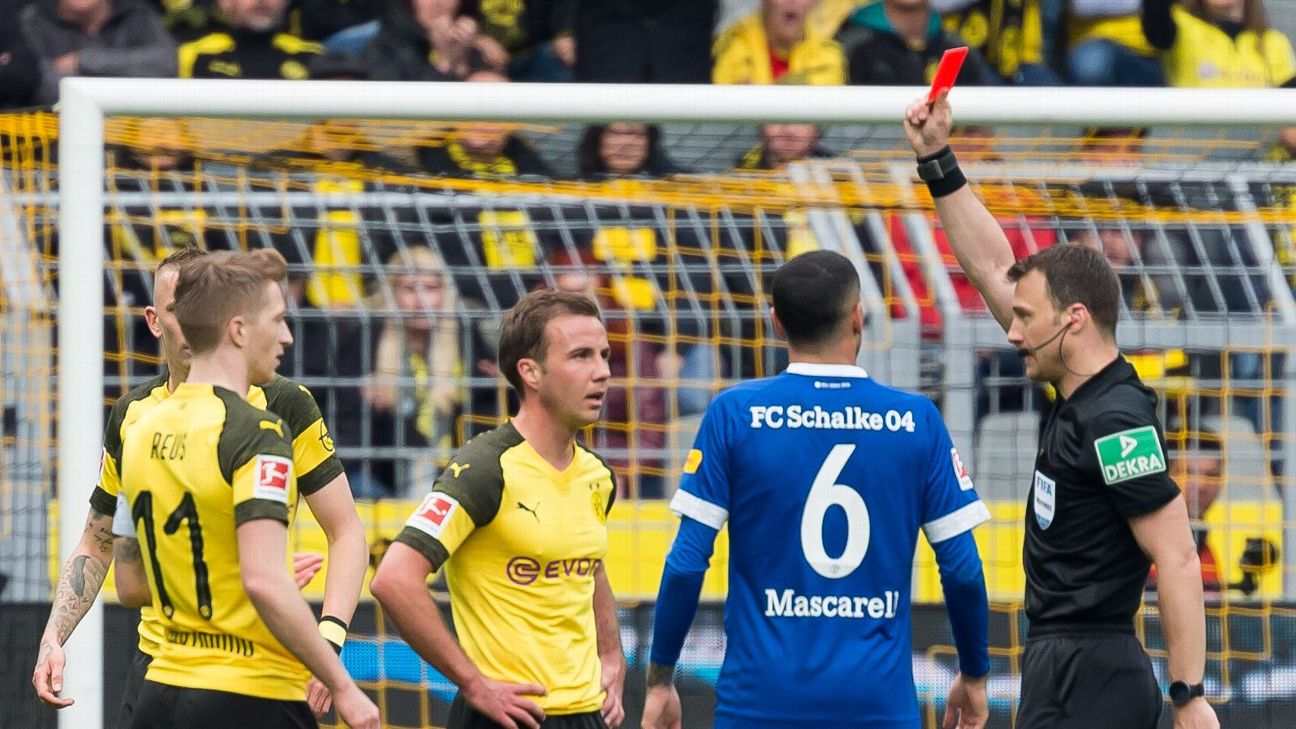 Reus was sent off on the hour with a straight red card for a studs-up challenge on Suat Serdar and Wolf followed five minutes later for a foul on the same player.

Wolf’s ban means his season is over as Dortmund have three matches to play while Reus will only be available for their final match at Borussia Moenchengladbach.

Reus has scored 16 goals and provided eight assists this season, making his absence a significant blow.

Dortmund coach Lucien Favre gave up the title challenge after the defeat although his side are only two points behind Bayern Munich after they drew 1-1 at Nuremberg on Sunday.