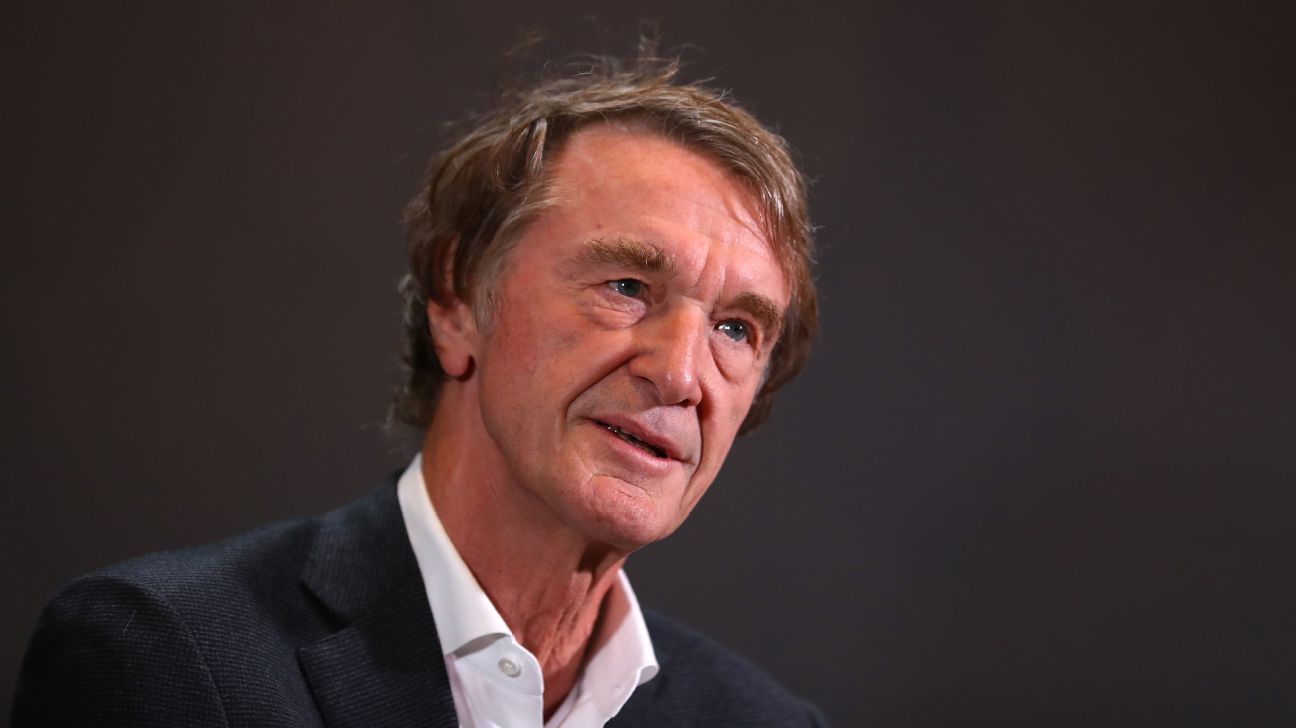 Sir Jim Ratcliffe has announced himself as a contender to buy Manchester United, sources have confirmed to ESPN.

Ratcliffe, head of chemical company INEOS and Britain’s richest man with a reported worth of £9.8 billion, has registered an interest to buy the club from the Glazer family, who revealed in November they are looking at “strategic alternatives” including outside investment or a sale.

Formal bids are not expected until February, but Ratcliffe is the first to announce his intention to explore the possibility of acquiring the Premier League side. A spokesman told ESPN on Tuesday: “I can confirm that we have formally put ourselves into the process.”

Ratcliffe is expected to face competition from the United States, the Middle East and Asia, although at this stage interested parties are only signing up to undertake due diligence before deciding on their next steps.

Ratcliffe, a boyhood United fan who made an offer to buy Chelsea last year, said in October that he had met Joel and Avram Glazer but that they did not want to sell.

“Manchester United was one of those top three clubs with Barcelona and Real Madrid,” Ratcliffe told the Financial Times in October.

“A few more have joined that club with Bayern Munich, Paris Saint-Germain and Manchester City. Liverpool are a little bit closer.

“But Manchester United are not playing in that league of those other teams at the moment and haven’t done for quite some years since Sir Alex Ferguson stepped down [in 2013].

“So they’re not firing on all cylinders, that’s my point on performance.”

The Glazers have owned United since 2005 when they completed a leveraged buyout and have faced widespread supporter unrest over the last 18 years.

The club have not won a trophy since 2017 and last won the Premier League title in 2013, the year Ferguson retired. Around 10,000 fans joined a protest against the Glazer family’s ownership ahead of the 2-1 win over Liverpool in August.

Sources have told ESPN that the Glazer family are looking to raise a world record fee for a sports team and believe they can attract offers of more than £6bn ($7.25bn).