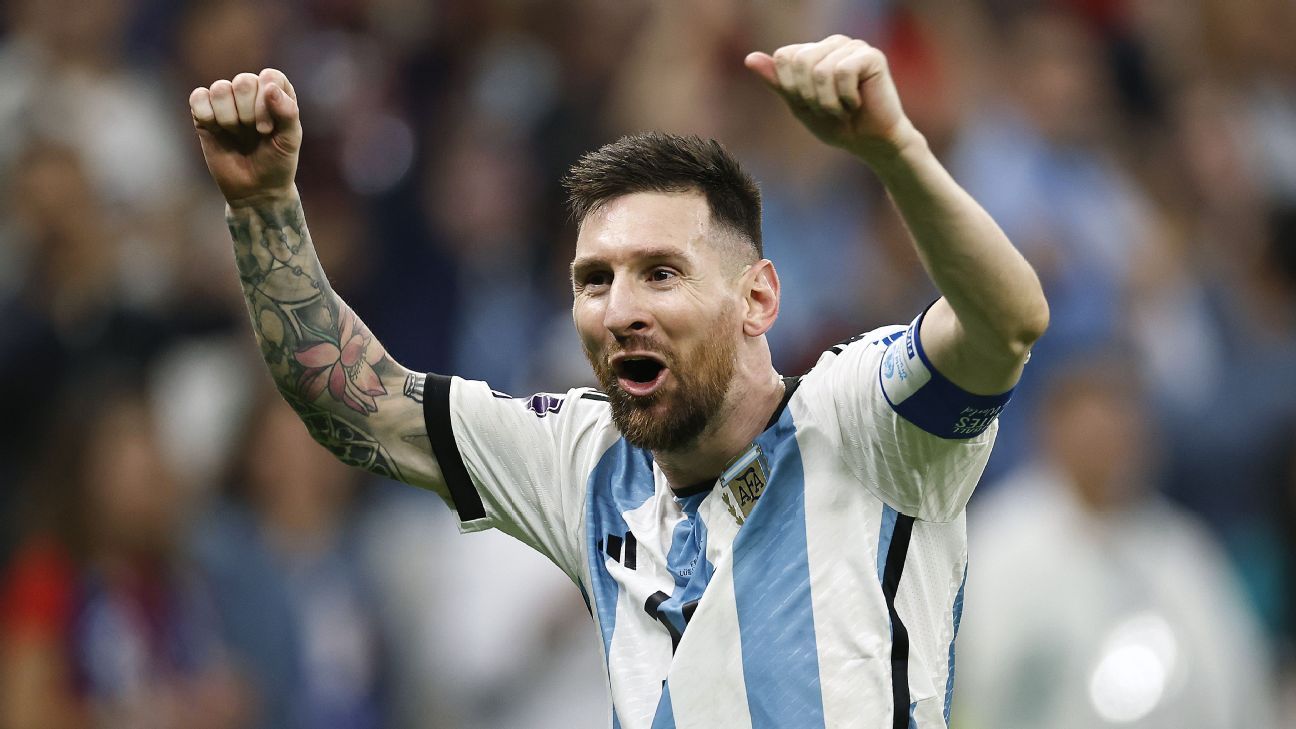 Argentina‘s World Cup-winning coach Lionel Scaloni said that if he had to choose between Lionel Messi or Diego Maradona as the greatest player of all time, he would pick Messi.

“If I have to choose one I choose Leo, I have something special with him. He is the best of all time, although Maradona was also great,” Scaloni told Spanish radio station Cope on Tuesday.

Argentina fans have long had a complicated relationship with both Maradona, Messi and their national team. Maradona had last led Argentina to World Cup glory in 1986, but what followed was nearly four decades of struggle.

And then, the win in Qatar, with the Paris Saint-Germain forward as leader, redeemed the South American country’s 2014 attempt, in which they lost the final against Germany.

Scaloni will now renegotiate his contract, with this World Cup, a Copa America (2021) and a Finalissima (2022) among his accomplishments.

Scaloni said he knew he needed Messi’s buy-in when he took over the team in 2018. At that time, Messi had said he was reevaluating his national team participation following the disastrous World Cup in Russia.

“The first thing we did was have a video call with Messi. He said he was honoured and the first thing we said to him was ‘Come back. We’ll wait for you’. That’s what we did and eight months later he came and found an incredible group,” Scaloni added.

“The World Cup final match was a like a great movie, an incredible trip,” Scaloni said about rival France. “We enjoyed it despite the difficulty of it and knowing that anyone could have won it, and that was the key to the entire World Cup.

“Until the 80th minute, we knew it was a spectacular match but after that moment, things changed. I have these images of the match in my head. It was a pity that we could not have closed it out in 90 minutes,” Scaloni said of the 2-2 draw at 90 minutes.

“Our pep talk was very moving because we knew it was four years that we had worked for this moment,” Scaloni said. “I could say very little. We had prepared for this moment and now, when I had the chance to say something moving, I stopped because I could not express it. I think the players also felt it. Everyone felt that we were doing something spectacular. That was such an incredible feeling.

“Training Messi is not hard,” Scaloni said. “At the technical level, there is nothing to correct. But sometimes you can guide him to press or attack in a certain way. He is the best for pressing, stealing the ball and smelling blood.”

Asked about whether he would consider coaching Spain in the future, if asked, Scaloni said: “Why not? Spain gave me a lot and it’s my second home.”