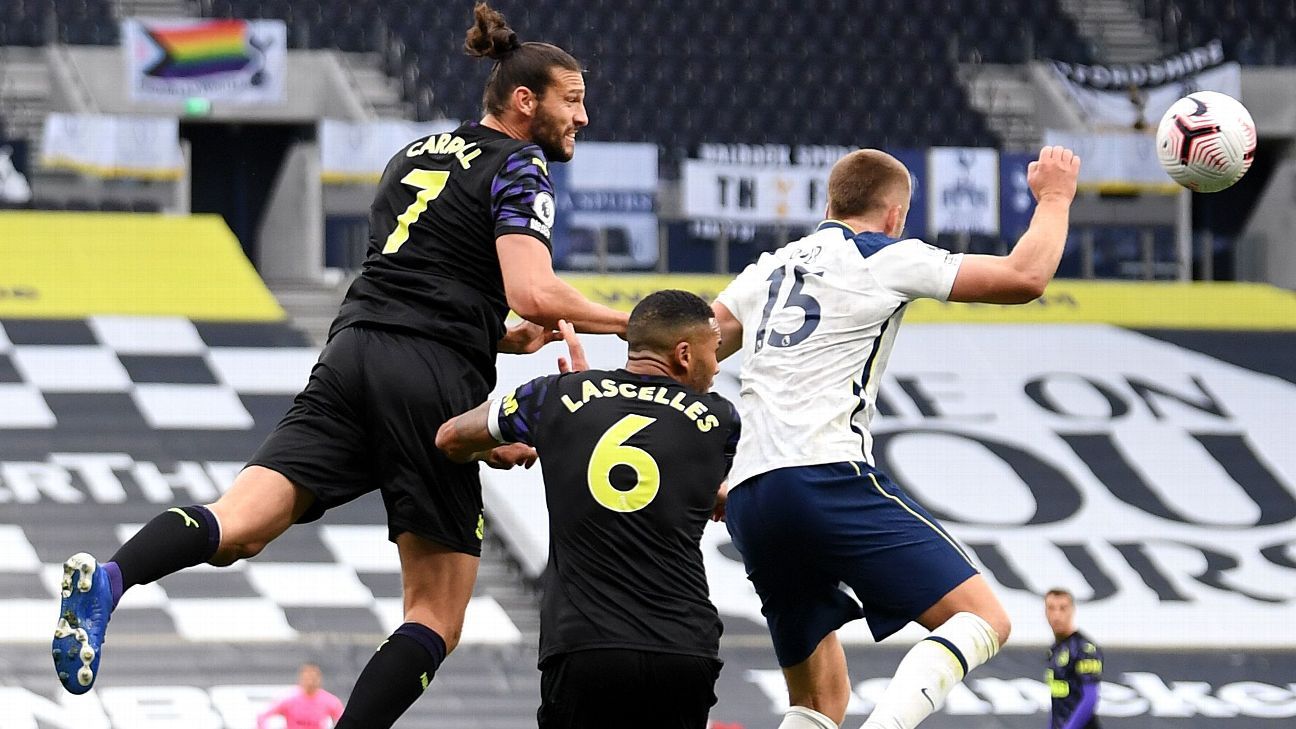 Premier League referees will soften their application of the handball law after six penalties were controversially awarded in the first three rounds of matches.

The Premier League had been told to enforce the law in a much stricter fashion, falling into line with other top European leagues, having continued to operate its own interpretation after the law was changed before the start of the 2019-20 season.

It led to a spate of handballs and huge controversy, with both Crystal Palace manager Roy Hodgson and Newcastle United counterpart Steve Bruce heavily criticising decisions even though they had benefitted their own sides.

The changes comes after the Premier League went to The International Football Association Board (The IFAB), football’s lawmaker, asking for permission to judge certain incidents more subjectively, though still in line with the Laws of the Game, rather than as an absolute offence on arm position.

PGMOL, the body that manages referees in English football, will tell its referees they can now assess a player’s expected body position and his proximity to the opponent, which means that a player is only likely to be penalised for handball if the arm is out from the body or if the ball has travelled a distance. The new interpretation will be applied from this weekend’s round of matches.

But any handball when the player has his arm above the shoulder must still be punished, as this is considered by The IFAB to be an automatic offence. It means that the handball penalties conceded by Eric Dier for Tottenham Hotspur against Newcastle United, and by Neal Maupay for Brighton at home to Manchester United, will still be awarded. Both had added controversy as they came in injury time and changed the outcome of the games, a draw for Newcastle and a victory for Man United.

The Premier League will still see a much higher number of penalties compared to last season, when 20 were awarded, as the interpretation is not being reset to the previous version. But this change should prevent it reaching the levels in Spain and Italy, where 48 and 57 spot kicks were given respectively for handball in 2019-20.

The penalty Matt Doherty conceded for Spurs at Southampton would most likely not be awarded under the revised interpretation, as the ball rebounded off a teammate’s heel and Doherty was close to the ricochet. Victor Lindelof, who was penalised against Palace, had his arm in a position that should be expected, while Joel Ward of Palace had his arm close to his body when giving away a spot kick against Everton.

The decision against Robin Koch for Leeds United at Liverpool would remain a penalty, as the ball travelled a distance and the player’s arm was well outside his body.