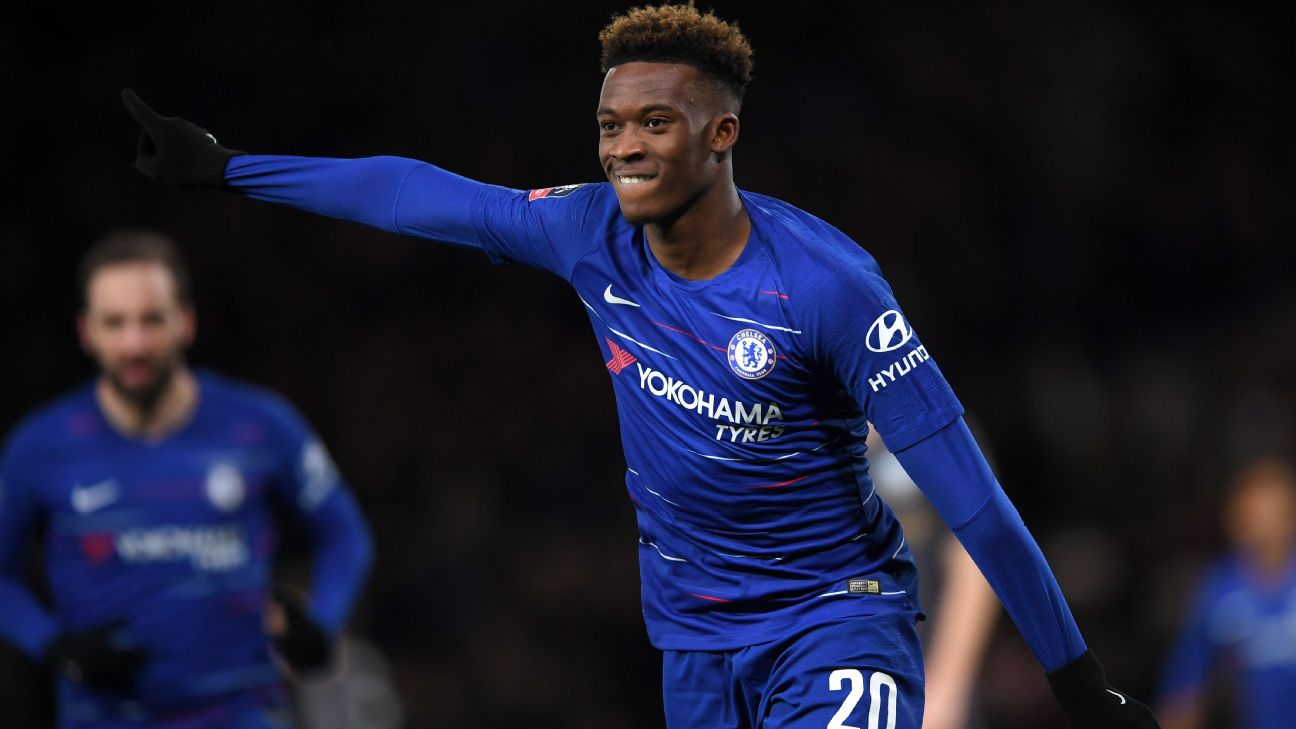 Bundesliga champions Bayern Munich are refusing to accept defeat in their pursuit of Chelsea starlet Callum Hudson-Odoi, with the Daily Mail claiming the Germans are set to make a renewed bid for the winger.

The new proposal from Bayern is believed to be in the region of £45 million — a full £10m more than they offered at the backend of the January transfer window earlier this year.

The Bavarians are keen to make the 18-year-old the centrepiece of their long-term rebuild, following the departures of veteran wingers Arjen Robben and Franck Ribery.

Despite new Chelsea boss Frank Lampard declaring that Hudson-Odoi was a vital cog in his long-term plans at Stamford Bridge, Bayern haven’t been put off in their plans to make a fresh approach.

The Blues are willing to resist any advances while they remain under a transfer ban, but they run the risk of losing their prized youngster for a substantially lower fee if he agrees a pre-contract with Munich at the start of 2020.

Liverpool have joined the race for CSKA Moscow striker Fedor Chalov, who has been tipped by many as the next big thing in Russian football.

The Mirror claims all of the Premier League’s “big six” are in the running for the 21-year-old, while clubs in Germany, France and Spain are also credited with an interest in the forward, who finished last season as the top goalscorer in the Russian Premier League.

Liverpool boss Jurgen Klopp is on the lookout for a striker after the Reds parted ways with Daniel Sturridge, but Chalov is believed to be concerned about a possible lack of playing time at Anfield, and could lean towards a switch elsewhere.

Arsenal are also keeping a close eye on the Russia international — and have been since early April, when he scored against the Gunners in their Europa League quarter-final.

Serie A giants Roma and AC Milan have opened discussions over a possible deal for Rossoneri midfielder Suso, according to reports in Gazzetta dello Sport.

New Milan boss Marco Giampaolo is rumoured to be keen to dispense of the Spaniard, who he believes to be unsuitable for the style of play he wants to deliver at the San Siro.

Roma, on the other hand, see the former Liverpool youngster as a great fit for manager Paulo Fonseca’s 4-2-3-1 system that deploys a left-footed wide-right midfielder. Suso is believed to be biding his time to see if he has a future at Milan before making any decision on his next move.

The 25-year-old has a release clause in his contract of around €40 million, but Roma sporting director Gianluca Petrachi is said to have no intentions of paying the full fee.

- Marca claims Real Betis and Arsenal have joined Real Madrid in the race for highly-rated Las Palmas goalkeeper Josep Martinez. The 21-year-old will only be allowed to leave Gran Canaria if a potential suitor meets his €10 million release clause, with the player also believed to be happy to stay put.

– Reports in The Sun claim Burnley are lining up a double swoop for Genk duo Joakim Maehle and Ruslan Malinovskyi. Denmark Under-21 defender Maehle and 26-year-old Ukrainian midfielder Malinovskyi could be heading to the Turf Moor in a £19 million deal.

– Marseille are in the market for a new midfielder, and French outlet L’Equipe have linked them with a move for Nantes destroyer Valentin Rongier. Andre Villas-Boas’ side may have to dig deep to secure a deal for the 24-year-old, however, with the defensive midfielder under contract at Les Canaris until the summer of 2022.