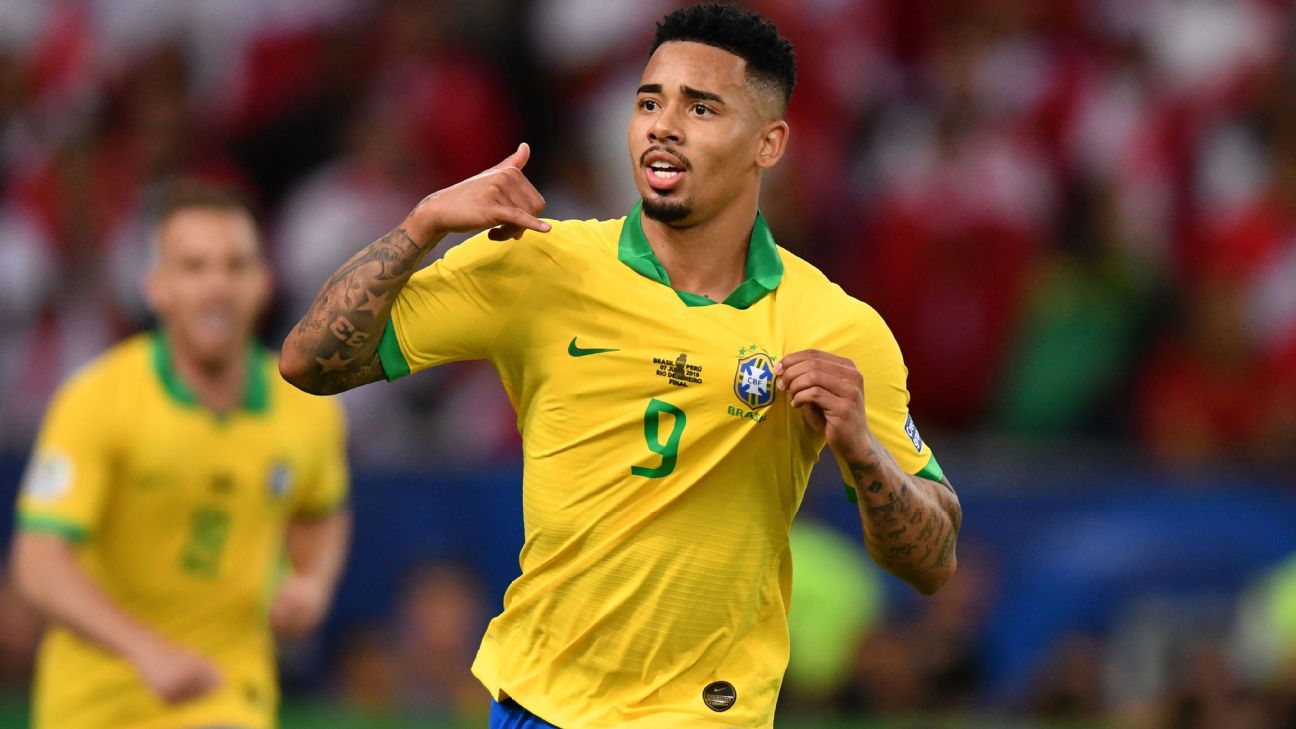 Brazil striker Gabriel Jesus said that it was important for the team to win the Copa America at home and that pressure to play for the Selecao has seen him evolve as a player.

Jesus scored in the final victory of Peru at the Maracana on Sunday, but was controversially sent off in the 70th minute for a foul on Carlos Zambrano which left Brazil to finish the match with 10 players. Jesus stormed off the field, knocked over the VAR machine and cried on the steps leading to the locker room. He later joined his teammates at the presentation that saw them lift their ninth Copa America title and first major trophy since 2007.

– Marcotti: Brazil were worthy Copa winners despite VAR troubles
– Vickery: Copa win a morale boost for Brazil; next up is World Cup

Jesus said he kept his cool in the run-up to the tournament when he struggled to find his form for Brazil and was criticised for his lack of scoring. He finished with three goals on the tournment and was the leading figure in the final.

“If I am criticized or praised, if they want me to evolve, I’ll go through with it,” the Manchester City star said of his critics in an exclusive interview with ESPN Brasil. “It can happen to anyone and unfortunately, it happened to me. But I kept my cool and evolved. I always want to improve as a player and a person, and that is what happened.

“Unfortunately, I didn’t score in the World Cup [in 2018] and in the middle of the Copa America people were talking. As I said previously, critics sometimes are not objective at all. I try to evolve from critics that allow me to do that. There will always be this kind of stuff, just like the compliments.”

Jesus hopes that his stellar form will translate to further success at his club, where he would often sit behind Argentina striker Sergio Aguero.

“I want to be involved and I want to help my teammates, respecting my manager [Pep Guardiola]. But of course I’m hoping to get minutes. Last season I didn’t play as much, but I expect and wish to play a little more, not to put pressure [on Guardiola], but on myself. Sometimes I don’t play as much as I wanted because of me. I got to be strong and work hard. If I get the chance, I won’t let it go.”