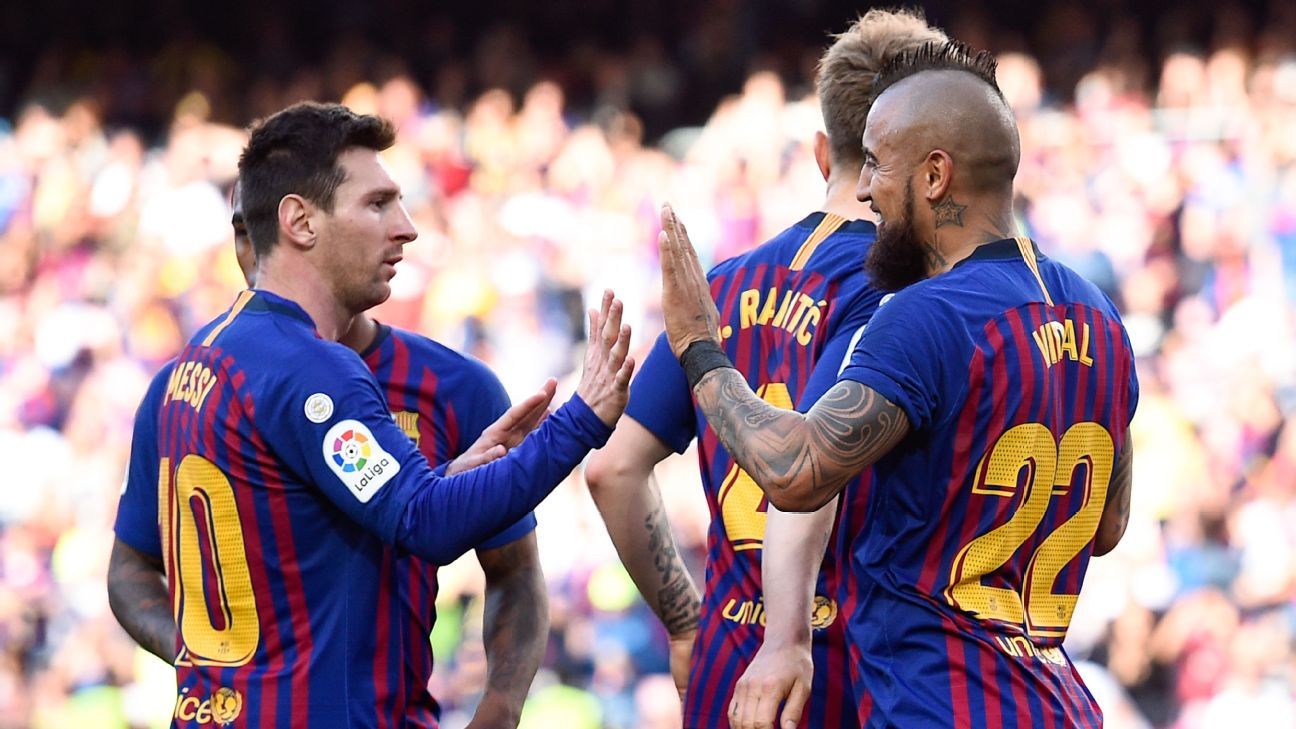 Barcelona bounced back from a midweek Champions League loss to Liverpool with a 2-0 win against Getafe at the Camp Nou on Sunday.

Arturo Vidal opened the scoring for the hosts before half-time, knocking home a rebound from a Gerard Pique header to give Barcelona a 1-0 lead at the break.

Dakonam Djene’s own goal for the visitors padded the lead for La Liga champions Barcelona, who were playing their last home match of the season, while Getafe will have all to play for in the final weekend of the season to hold on to the final UCL spot ahead of Valencia.