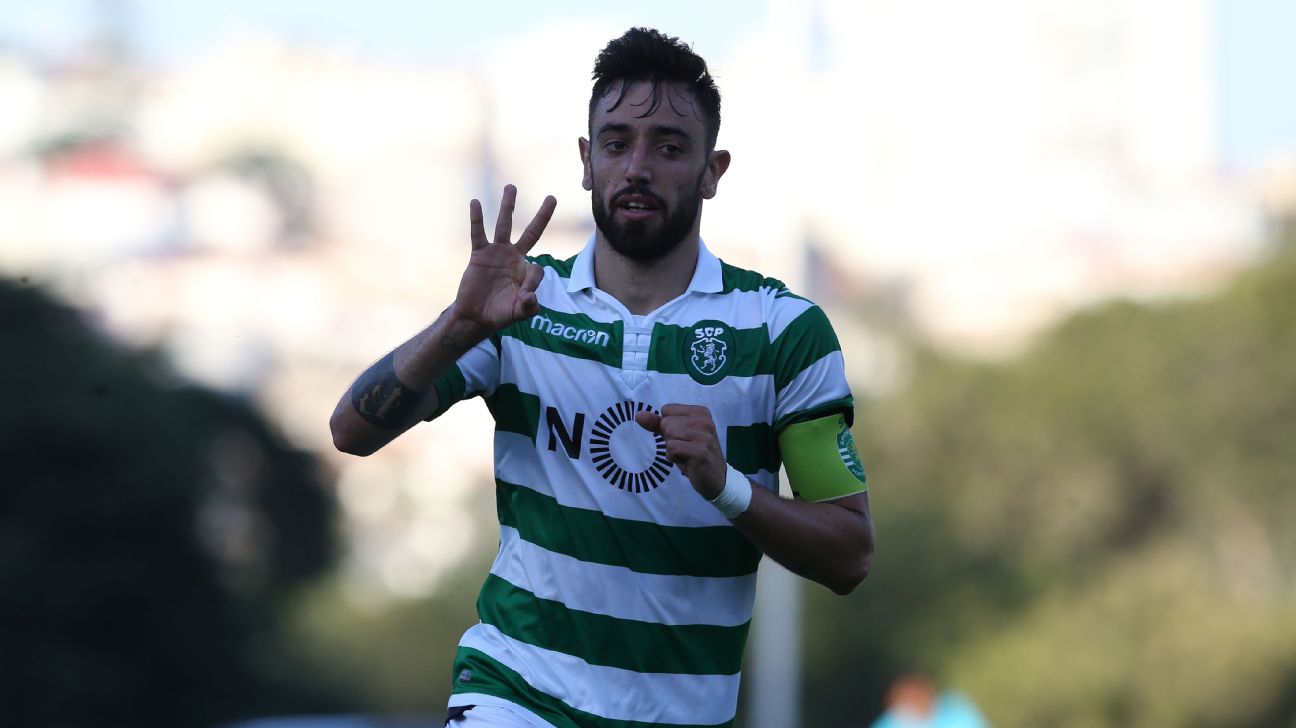 Ole Gunnar Solskjaer is looking for at least one new midfielder in the summer with Ander Herrera set to join Paris Saint-Germain when his contract at Old Trafford expires on June 30.

Fernandes, who has scored 31 goals in 50 games for Sporting this season, is on the list of targets along with Atletico Madrid’s Saul Niguez but United will have to beat competition from City to land the 24-year-old.

City have been heavily linked with a move for Fernandes, who is rated at around £50 million, but sources have told ESPN FC that Pep Guardiola’s side will not do any business until after the FA Cup final on May 18.

Reports in Portugal have claimed Sporting would be interested in taking City players Marlos Moreno and Douglas Luiz as part of any deal.

Colombian winger Marlos Moreno, 22, has not made a first team appearance at the Etihad Stadium and has had mixed loan spells at Girona in Spain, Flamengo in Brazil and Mexican club Santos Laguna.

Douglas Luiz, 20, is also reportedly of interest to Sporting.

Guardiola had wanted the Brazilian midfielder to be part of his first-team plans but after failing to receive a work permit, he joined fellow City Football Group team Girona where he has made 28 appearances this season.

Any move to City could depend on the future of Ilkay Gundogan with the Germany international entering the final 12 months of his contract in the summer and talks over a new deal on hold until the end of the season.

Guardiola wants the 29-year-old to stay with the midfielder making a big impact in the second half of the season.

Midfield is one of a number of areas of his squad that Solskjaer is looking to strengthen during the summer transfer window.

Sources have told ESPN FC the United boss could make as many as five additions ahead of the new season.