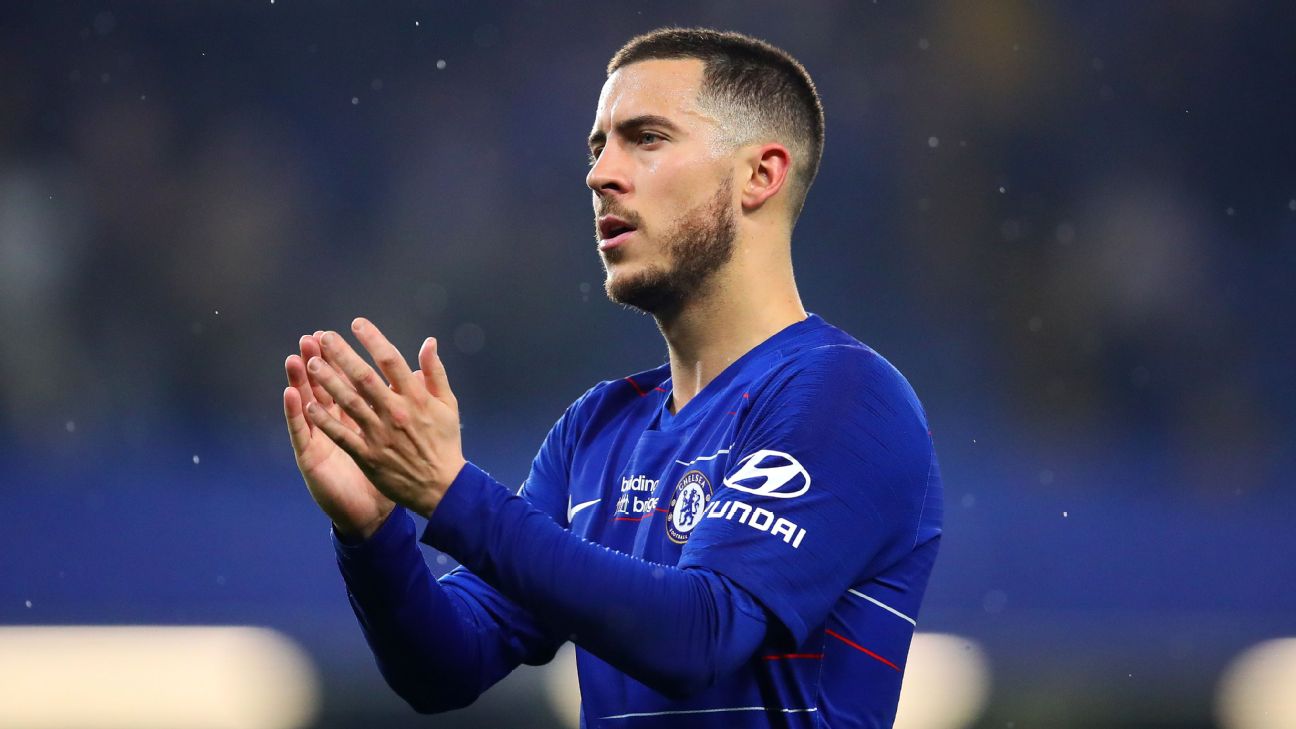 Eden Hazard wants his desired summer move to Real Madrid finalised as soon as possible but Chelsea are determined not to sell him for below his market value, sources have told ESPN FC.

Reports in Spain have claimed that Madrid want to unveil Hazard — who is set to make his final Stamford Bridge appearance as a Chelsea player against Eintracht Frankfurt on Thursday — on June 2, the day after the Champions League final, as they attempt to shift supporter focus from a disappointing season to their summer rebuild.

Hazard has privately made it clear that he expects to be allowed to join Madrid this summer, and sources told ESPN FC that he and his family have already begun looking into housing and school options in the Spanish capital.

The 28-year-old is also understood to be in regular contact with Madrid coach Zinedine Zidane and has spoken to striker Karim Benzema as he prepares for the next stage of his career. Personal terms between Hazard and Madrid are not expected to be an issue.

But while sources told ESPN FC that Hazard has urged Chelsea director Marina Granovskaia to facilitate a quick deal with Madrid in recognition of his stellar service to the club, the Spanish giants have so far shown no desire to match the Blues’ £100 million valuation.

Chelsea have resigned themselves to the reality that they will almost certainly lose Hazard to Madrid this summer, but Granovskaia is prepared to wait for as long as it takes to ensure that any sale is concluded in the interests of her club.

Hazard enters the final year of his contract this summer, and has declined several offers to discuss a lucrative long-term extension with Chelsea in order to encourage an official approach from Madrid.

FIFA’s decision to effectively reject Chelsea’s appeal against the two-window transfer ban handed out in February is not expected to impact Hazard’s situation one way or another.

As things stand, Chelsea will be unable to register new first-team players in the next two transfer windows. The club, however, have already signalled their intention to appeal to the Court of Arbitration for Sport (CAS), and the process is likely to take several months.

Chelsea are also expected to file a request for provisional measures to CAS which, if granted, would delay the ban until their appeal is ruled upon, allowing them to trade freely in this summer’s transfer window.