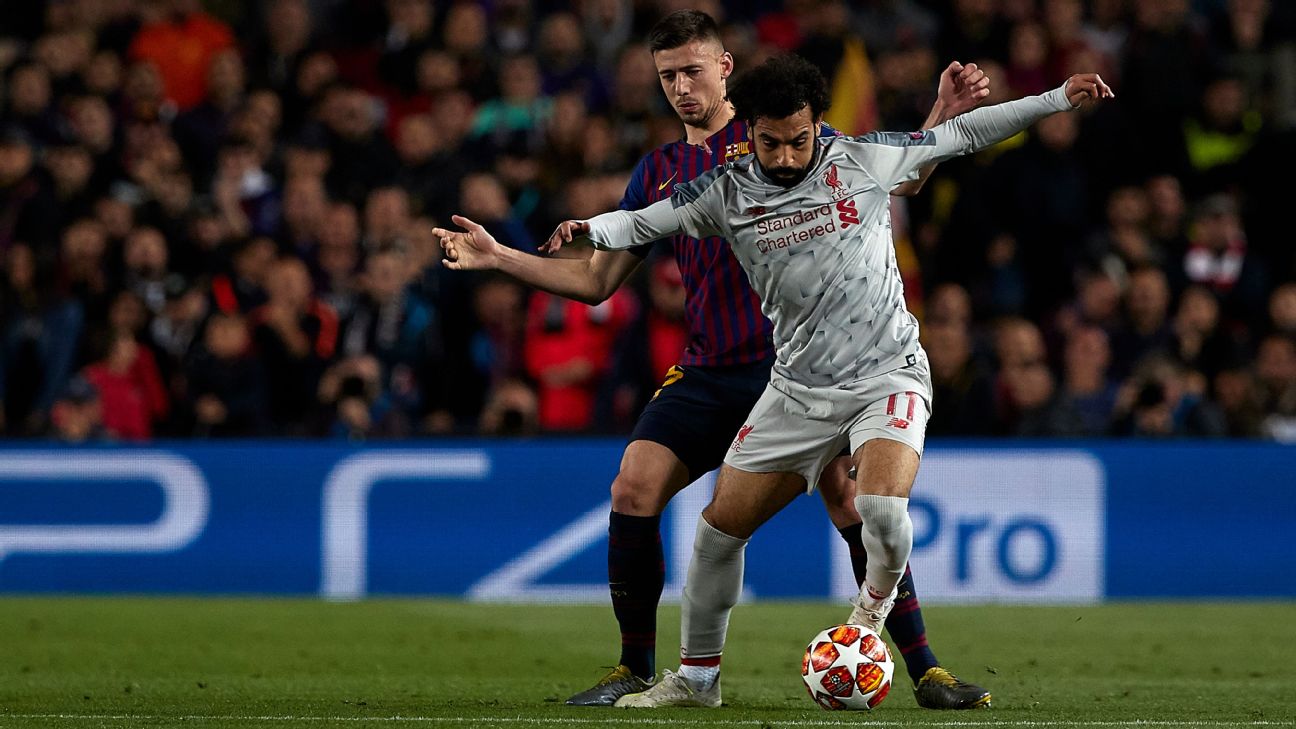 Clement Lenglet has said he’s prepared to lose teeth to help Barcelona win the Treble after losing part of a tooth in his battle with Liverpool’s Mohamed Salah on Wednesday.

Lionel Messi scored twice in the second half after Luis Suarez‘s opener to help Barca beat Liverpool 3-0 in the first leg of their Champions League semifinal.

Barca came under pressure at the start of the second half and Lenglet and his defensive colleagues had to be at their best to keep Liverpool out.

The French defender was up to the challenge, though, and even put his teeth on the line to secure a clean sheet and ensure Liverpool didn’t get an away goal going into next week’s second leg at Anfield.

“I lost a little bit of a tooth but it’s not serious,” Lenglet told RMC. “But I’m happy to lose bits of teeth again on a regular basis!”

Lenglet, who has replaced Samuel Umtiti in the Barca side this season, did struggle to deal with Salah early on. He was booked for a foul on the Egyptian in the first half but managed to get to grips with him better after that.

“I had a difficult first 20 minutes,” the centre-back added. “During that period of the game, I needed to adapt to the distance I needed to stand off [Salah].

“You can’t let the ball be played deep but [you have to] be quite close to step in as well. It was a little easier after that [first 20 minutes], even if these games are always difficult.

“I found it a little easier to position myself and analyse how close I needed to be to keep his back to goal as often as possible and — when he did turn — be able to play for time and get help from my teammates.”

Barca will hope to get the job done at Anfield on Tuesday and book their place in their first European final since 2015. They have already wrapped up La Liga and have a Copa del Rey final against Valencia to come later in May.

A treble, which would be the club’s third since 2009, remains on the cards but it’s the Champions League which is now their ultimate goal after sealing the league title last weekend.

“I would give everything to win the Champions League,” midfielder Arturo Vidal said, who was the surprise pick Valverde’s side against Liverpool.

“I will give my life in the return leg and I hope to play in the final.”

Follow live: Messi’s Argentina face Australia in World Cup round-of-16
World Cup last 16: Why every team left will, won’t win it all
Follow live: Ecuador, Senegal square off with a spot in the round of 16 on the line
Pele responding well to treatment for respiratory infection – hospital
Portugal coach blasts Ronaldo for sub reaction